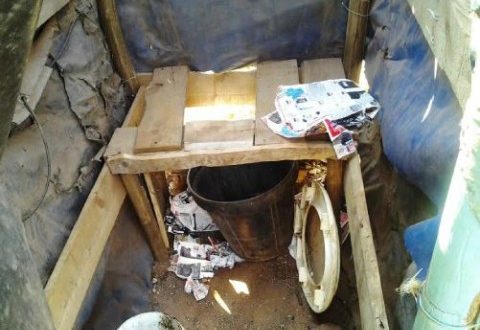 Twenty two years since democracy, more than 70% of the residents in Mpumalanga province’s capital city, Mbombela, still have no access to proper toilets, and the municipality has no plans to deal with the problem.

Mbombela local municipality’s spokesperson, Joseph Ngala confirmed that the municipality is having difficulties in installing water borne sewer system and other infrastructure in established townships.

He blamed this problem on the rapid increase of unplanned settlements, particularly in areas under the institution of traditional leadership, as well as land grabs in urban areas.

“We would like to indicate that as government it becomes difficult to put in infrastructure for bulk services like water and sanitation and even the provision of roads and storm water drainage when people have already settled,” said Ngala.

According to Statistics South Africa 2011 Census, of Mbombela municipality’s 588 794 residents, only 28,4% have access to water borne sewarage system. This means that just under half a million, 421 577, still have no sanitation facilities which separate human waste from human contact.

Mbombela’s stark inequalities between African reserves and white suburbs can be seen in areas such as Ward 17 which is located in the Mbombela City (formerly Nelspruit), where 99% of the population have access to flushing toilets.

This is the area with a population of 15 428 where the wealthy whites and emergent black bourgeoisie and middle class migrated to after the country attained democracy in 1994.

Just a stonethrow away from Ward 17 is Ward 29 at a settlement called Pienaar, a township reserved for African people following their forceful removal from their lands. It has a population of 16 045.

In this area, 87% of the population depends on pit toilets while only 4% have flush toilets. It must be said, however, that this is one area where there is no water borne sewer system

Settlements for African people which are closest to the town of Nelspruit, such as Kanyamazane are the only areas that have flush toilet infrastructure that is linked to a sewer system. Ironically, some of that infrastructure was installed by the former Bantustan government of KaNgwane.

Even here, however, residents have access to water for only 8 hours per day, i.e. from 04h00 to 08h00 and from 16h00 to 20h00, which means during the day their circumstances are similar to those of the more than 400 000 residents of the municipality who do not have access proper sanitation.

Notwithstanding that almost 70% of the population in Mbombela do not have access to proper toilets, the Mbombela local municipality’s Integrated Development Plan (IDP), does not cater for the installation of the sewer system and flush toilets for existing settlements.

Ngala admitted that no new settlements will be approved without laying infrastructure, which includes, water borne sewer.

This, however, he said was dependent on the co-operation of the community.

“We appeal to all our citizens in Mbombela to refrain from settling on areas where there are no bulk services as this will create problems (for) government to provide such services when they have already settled,” said Ngala.

Previous: No plans for toilets for 400k Mbombela residents
Next: Community forced to brace the cemetery to get water 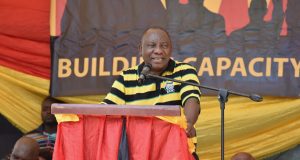