Last week, Mpumalanga’s department of education sent 86 students to study in Russia, but there’s secrecy in the entire project believed to be costing the department millions of Rands.

The only media that seems to have been invited to the send-off event held at White River, was a newspaper owned by the person who benefits from the project, called Protas Kum.

The event was not even published in the departmental website. In fact, the website last published a media release in 2018 when Regina Mhaule was still the MEC.

Mhaule has since been appointed as the deputy minister for international relations.

Last year, students who participated in the department’s international studies programmes who were stationed at Astrakhan University in Russia, marched on the office of the premier with a set of demands regarding the alleged poor quality of education.

More importantly, they accused a Dr Mkhabela from the department, of giving false information about the recognition of the qualification from that university by professional bodies in South Africa.

“There was no feasibility/ investigative study done by MP DoE (Mpumalanga Department of Education) before sending students to ASMU (Astrakhan State Medical University).

“Students are not sure and certain about the qualification that they will obtain in this institution whether it will be recognised by the HPCSA. Students raised their concerns about the recognition of their qualification by HPCSA to which Dr Mkhabela (from MP DoE) and Racus have been giving false information that they have been engaging with this regulatory body, such false information has been going on since 2016 to date,” said the students in their memorandum of demands.

An investigation by Ziwaphi last year confirmed the students’ claims that the qualification from Astrakhan university was not recognised by the professional bodies in South Africa.

“The qualification (from) Astrakhan Medical University from Russia is not recognised by the Medical and Dental Board operating under the auspice of the Health Professions Council of South Africa in that the institution from Russia did not apply to the Professional Board for approval of such training prior to having such training offered for purposes of registration in terms of the Health Professions Act, 1974 Act No.56 of 1974 as amended.  It is for that reason that this qualification does not appear in the regulations relating to qualifications prescribed for registration of medical practitioners,” said HPCSA spokesperson, Daphney Chuma at the time.

Former MEC for education, Sibusiso Malaza, however, accused the students of being ungrateful.

“Our students don’t appreciate the opportunity afforded to them that you are there to study and acquire a qualification.

“If they come back (and) they can’t practice, as the department we shall have failed them. But our responsibility is to get them a qualification so that they can come back and practice as medical practitioners,” said Malaza during a media conference.

The former MEC, however, promised journalists during the same media conference held in October 2018 that he would be visiting the university and would convene a media conference to present the report.

Almost a year later, there’s still no report from the department and Malaza has since been removed from both the provincial executive council and the Mpumalanga legislature following the national and provincial elections in May this year.

It is unclear if the department disclosed to Majuba that the contract was supposed with Kum was supposed to come to an end this year.

In response to a media enquiry by Ziwaphi in August 2018, departmental spokesperson, Gerald Sambo, told Ziwaphi that the contract, which started in 2016, was coming to an end this year.

There are conflicting figures about the cost per student, that the department pays to Kum. A source within the department who spoke on condition of anonymity, told Ziwaphi that this programme was a money spinner.

“The department pays more than R1 million per student, but the money that the department is paying, unfortunately is not going to the students,” said the source.

This figure differed from the one that Sambo, disclosed in response to a written media enquiry last year.

The students claimed that they had referred the matter of alleged corruption to the Public Protector, but had not received any response.

“It is with great amount of sadness that the future of our students is being compromised by the MP DoE simply because they have the financial muscles which parents of the students don’t have. The MP DoE is currently spending millions on the project which is not going to yield desired results, unless it is their aim to have trained medical doctors who are not credible,” said Francina Khoza, a parent of one of the students in a letter to the Parliamentary Portfolio Committee on Higher Education last year.

When the committee visited Russia in September 2018, it discovered that the South African Embassy in Russia was not even aware of the students.

“The committee was alerted of life challenges South African students encountered in Russia, but also a situation involving about 53 medical students from Mpumalanga at Astrakhan State Medical University. The committee was unable to visit the university.

“Members are very disturbed that the embassy in Russia was not informed about the Astrakhan State Medical University programme but has to deal with the matter now,” said then chairperson of the committee, Connie September at the time.

Last year, Sambo admitted that the department did not go through tender processes to appoint Kum and his company, Racus.

“According to our knowledge, RACUS is the sole provider for this service accredited by RUSSIA,” said Sambo at the time.

Allegations that former MEC, Reginah Mhaule’s child benefitted from the programme which was meant to benefit students from poor households, of which Mhaule doesn’t meet the requirements, could not be confirmed.

Efforts to get comment from the department proved fruitless. Departmental spokesperson, Zwane, failed to respond to written media enquiries and messages sent to his cellphone.

2019-08-28
Tom Nkosi
Previous: A price on Nyoni’s head
Next: Cyril cannot fix the ANC, he must fix government instead, says Phosa 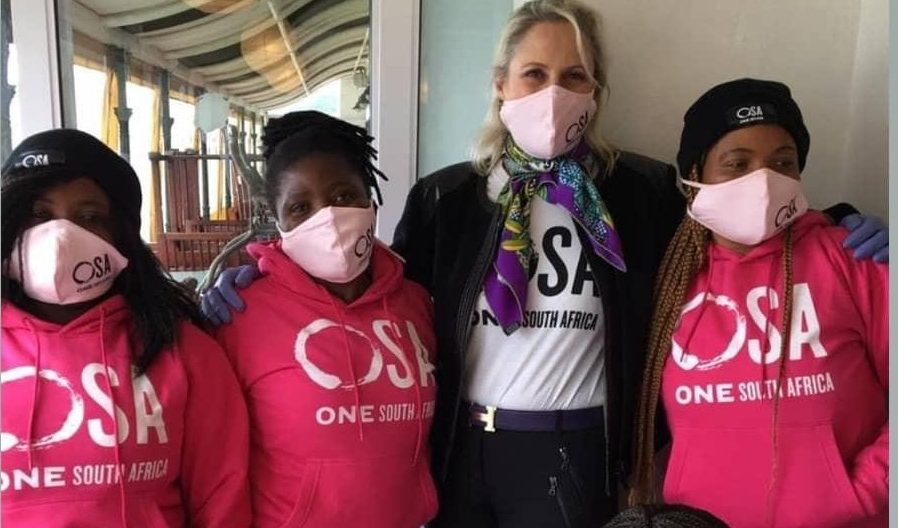