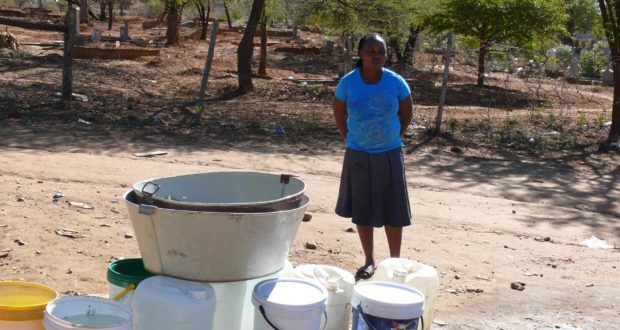 The community who lives around the Youth Centre area in Matsulu outside Mbombela has had to walk a long distance from their village to fetch water near graveyards. They say as a result they feel they have been forgotten. This has been the life villagers have had to adapt to for nearly eight years now, community members confided.

“One may wonder why we don’t get water where we stay, but rather in the graveyards,” said community member Mamsi Msimango(43).

“Are we not the ones who should be getting water where we stay, not the dead in the graves? We have to walk all the way down to the graves to get water – the government has completely forgotten about the people who put them in power, but have remembered to make it possible that the graves stay wet with water,” she said.

Msimango said things are hard as the place doesn’t have not only water, but electricity too. “Without the two basic needs in life you can’t sing the same song of democracy with everyone else.”

A scholar, Simon Sibiya (15) said as a learner he and his siblings have to walk a long distance for water. He confirmed that sometimes they don’t get water until late in the day, and also have to pass through the graveyards.

“Imagine pushing a wheelbarrow with heavy water inside, sometimes it’s even late, the feeling of being near the dead is extremely frightening sometimes you feel like they are following you but we have to get water because we need it,” said Sibiya.

Spokesperson for Silulumanzi, Richmond Jele said that they were not aware of this; however the pipeline from the water treatment works had been connected illegally by the residents who illegally occupied the area.

“Unfortunately we always fix the linkage but it never ends because people want to connect their own water when they want; this is a problem for all of us and water is being wasted instead of being saved. We urge everyone who sees this, any linkage, to report it to our offices so we can fix it and the people can access water,” said Jele.