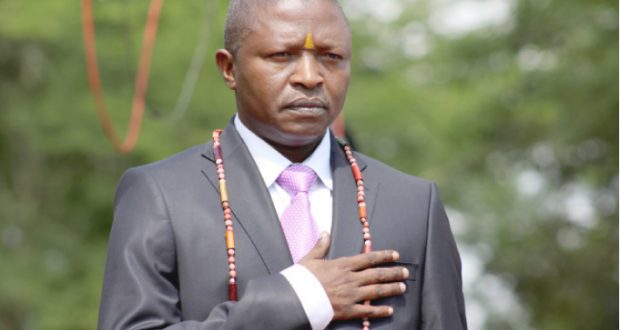 On 28 September 2018, the print edition of Ziwaphi published an article, “How The Deputy President Fooled Mpumalanga for Eight Years,” following months of investigation of two infrastructure projects, the High-Altitude Training Centre at Emakhazeni and the Creative Industries Cultural Hub in Mbombela.

None of the projects have been constructed despite an estimated R400 million being budgeted towards their construction.

After waiting for more than six months, government spokespersons, Letshela Jonas and Zibonele Mncwango, did not respond to media enquiries until Ziwaphi published the article.

For the first time, the Office of the Premier responds to the enquires.

“We thank you for your media enquiry and appreciate it, we wish to respond as follows;

“The Provincial Government views such accusations as a serious attack on government’s effort to combat corruption and its zeal to address infrastructure backlog which has deprived the citizens of the Province socio-economic opportunities. The Mpumalanga Provincial Government would therefore like to set the record straight as follows:

“The Executive Council approved the concept of the development of the Mpumalanga cultural and creative industry hub in 2011 which is key for the development of arts and culture as well as facilitating economic growth and attracting tourists and investors to the Province. For this purpose, the Department of Public Works, Roads and Transport, as the implementing agent, proceeded with concept development, planning, design, procurement and management of the entire development phases.

“The initial scope of work comprised of the construction of a Theatre, Incubator, Parking, Studios and Arena, amongst others. The Department procured various professional services which included

“Due to the high cost of the project, a phased construction approach was considered whereby phase 1 was limited to Theatre, Exhibition Centre, Cinema, Fencing, Bulk civil, Electrical works and Parking lot at the estimated cost of R2.7 billion which was advertised in October 2014 under Bid Number PWRT/2107/14/MP. However, due to budgetary constraints, the tender had to be cancelled.

“Upon cancellation, the scope of work on phase 1 was further reviewed to only include the construction of the theatre, bulk services and external works at an estimated amount of R864 million. As a further cost mitigation strategy, a decision was reached to register the project as a Private Public Partnership (PPP) with National Treasury.

“In summary the following progress has been made to date in the development of the Mpumalanga Cultural and Creative Hub: Acquiring and purchasing of land measuring 20.9 hectares; Finalization of all architectural and engineering designs and drawings; Tender re-advertisement for Phase 1; Registration of the project as a PPP with National Treasury; Appointment of Transaction Adviser to facilitate all PPP requirements; and the Request for Qualification (CSR/115/18/MP) for prospective bidders was advertised in June 2018.

“In 2011, the Executive Council approved the concept for the development of the Mpumalanga High Altitude Training Centre which was going to be instrumental in grooming and training future sports champions in the Province and beyond. Situated at 2100 metres above sea level, the Emakhazeni area was chosen due to its altitude which is conducive for sports training.

“The Department of Public Works, Roads and Transport (DPWRT) appointed the Independent Development Trust (IDT) as a sub-implementing agent to bring the concept to fruition, a task which included planning, design, procurement and management of the entire development phases.

“The IDT appointed two (2) consulting firms to act as principal Programme Managers and Architects. Based on the above scope of works, preliminary costing for the entire project received from the appointed professional team in 2014 was estimated at R5.2 billion. Due to the high project cost, it was resolved that the project would be registered a Private Public Partnership (PPP) with National Treasury.

“Progress to date include acquiring and purchasing of land being portion three (3) of the Tweefontein farm 357 JT; master planning as well as extensive feasibility and work studies; environmental authorization approval; PPP registration with National Treasury and the appointment of a Transaction Adviser to facilitate all PPP requirements.

“Based on the above narrative and chronology of events, the Mpumalanga Provincial Government is convinced that all necessary procurement processes were complied with and therefore dismisses any insinuation of corruption as perpetuated by Ziwaphi newspaper. Anyone with evidence which points to the contrary, is welcome to approach the relevant authorities.

The Ziwaphi editor has agreed to publish the “response” from Office of the Premier in the interest of giving the other side of the story, even though it accepts that this response doesn’t provide any information to rebut the article that Ziwaphi published.

2018-10-15
Tom
Previous: How official may have abused taxpayers’ money to buy underwear, jeans etc.
Next: EFF to report free-spending MEC to Ramaphosa after R230 000 cellphone splurge