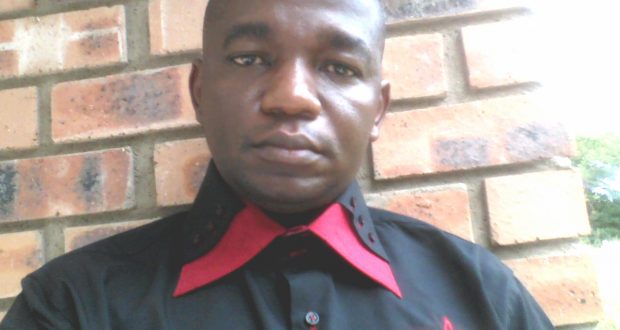 Africa is the continent which is associated with conflicts; corruption and patronage. Influential individuals usually are being elected as president of the country and continue to steal the state resources for him; friends and family members. In South Africa the ANC is in charge of the state resources therefore the first target to be weakened and to be taken over is the ANC.

We must learn from our African brothers; what causes conflict? It starts as minor issue and grows to become a threat to the peace and stability of the country. The ANC is the leader of the society by virtue of its position in our society.

The Ehlanzeni ANC had its 5th regional congress last week; during the nomination process we were informed that there will be no contest because there were 7 nominations which were blank and others were cancelled or not signed and surprisingly only nomination from those who are not belonging to the faction were spoiled. What a coincidence?

The congress guidelines stated that to qualify for candidate you must be nominated by at least 5 branches. Comrade Maviyo Ndinisa was nominated by 07: branches 4 from HAZYVIEW; 1: from Nsikazi and 2: from Mjindi which makes them 7; what a coincidence? When a question was asked about who must take the responsibility? The presiding officer from EISA decided to answer a political question which was supposed to be answered by regional secretary or any member of the REC.

The deployees to the various branches were members of the REC including the regional secretary who presided on three BGMS and one by a senior PEC member.

The question is why they were so afraid for a secret ballot system? Why the REC leadership can go so low to flaw the democratic processes of the movement? They were boasting of having numbers to vote for them; why they did not trust their delegates? Or is because the delegates in principle were not agreeing with the imposed leadership?

Why we did not contest the decision of the EISA:

1. The EISA was not neutral

2. The impunity was carried in the presence of the provincial and national leadership

3. Delegates were intimidated of losing their jobs; those who are unemployed will remain in poverty if they vote differently from the list of the faction. Nomination from the floor was not our plan as we knew that we have qualified to be on the ballot paper; we knew that delegates were intimidated as they tried to intimidate us too. A list of leadership was read on Friday to delegates with arrogance from the REC; again on Saturday were told who to vote for; the impunity was done without any shame. Their acts were divisive and foreign from the ANC traditions.

4. During our campaign we were told that we don’t have money; at least a one million in our bank accounts; to manage a faction we need at least 30 million rand; we have no access to the processes and the credentials and we do not have access to the EISA; and exactly what happened in the plenary during the secretariat report was well planned and we must applaud it was well executed and it took us off guard because we were concentrating on the regional secretary report and immediately the EISA took over and concluded the nomination for the officials.

The credentials were well planned. Mbombela is having 16000 members but was given 121 delegates instead of 160 and; Nkomazi is having 14900 members and it was given 152 delegates instead of 149 and the question is why? Do they want us not to trust the Regional deployees who conducted the BGMs which nominated comrade Maviyo Ndinisa and other comrades who were contesting especially the chairperson position? Should we trust the regional secretary as the head of administration? We know the dirty tactic of provoking comrades in order to fight and disrupt the ANC procedures so they can be charged and suspended or expelled from the organisation; we thank all the comrades who controlled their emotions and anger that was really revolutionary.

If these people are capable of contravening the democratic procedures of the ANC what else are they capable of? A word of advice to them is that the conflict in Africa started small; like stealing party elections, corruption and patronage. One day they will steal our general elections and lead us to a bloody conflict in our country, remember that the ANC is the leader of the society what happened within the ANC affects our society. We must not impose leadership to the masses.

Now as a citizen; supporter and a member of the ANC you know what kind of leadership we have and what they are capable of; by hook or crook they want to lead us without any shame, how are they going to fight against corruption? As Dr B. Bam the current chairperson of the IEC in South Africa is about to retire; she leaves us with a big question of whether EISA will supply the IEC with credibly people to run our elections in the future? We hope that members of the ANC and all South Africans will take this advice very seriously and the general membership of the ANC has seen that their organisation has become the association of friends with a common agenda to loot state resources and their ANC is managed like a MAFIA organisation which instils fear and terror. Only the DON or master has the final word.

We must learn from our African brothers before we become worse than all the African countries; and the world will say South Africa welcome to Africa.

Let us all rally behind the appointed; anointed leadership of region; support them. We must respect the above and the so called powerful people in the ANC. It is not their fault; the fault is for those who do not understand democratic centralism.