Don't Miss
Home / Opinion / A useless reshuffle, lessons for those who go up 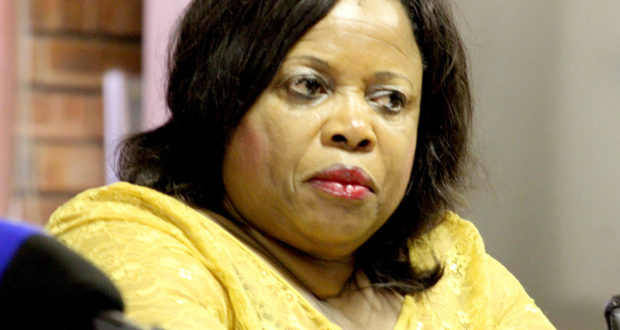 Did her rapid move to the top get into her head?

Finally the inevitable but futile exercise of “cabinet” reshuffle in Mpumalanga has happened.

In two weeks, Mpumalanga premier, David Mabuza, made four changes to his executive council (also called cabinet), but as always there is unlikely going to be any benefit to the people of the province.

As expected, the department of community safety and security was again the victim.

This department is both unnecessary and useless to the people of the province, however, it’s very necessary for the security tenderpreneurs.

Vusi Shongwe tried his best to make the department look relevant by even promising to eradicate crime in Mpumalanga in nine months, even though he knew very well that a provincial commissioner of police had more powers than him, but he did bring hope to many communities with his passion.

The biggest casualty of this department a few years back, was the former head of department, Isaiah Khoza. He was standing in the way of the issuing of the security tender, and that was the last time that the department ever got a clean audit.

Any changes to this department can only mean that the MEC was no longer “playing by the rules” in terms of issuing the lucrative security tender.

His replacement by Pat Ngomana was not unexpected! His name has always been punted, but he was overtaken, by among others, the gender balance objectives of the ANC.

The less said about Ngomana or Pat Khoza or whatever his real name is, the better, except that no appointment that Mabuza makes which is innocent.

Ngomana’s appointment is one of those that are not useful for the people of Mpumalanga province. His Mozambique connection can only be important for Mabuza, which means that his eyes are now set on Mozambique.

The removal of Andries Gamede was not unexpected. His alleged flirt with the Save The ANC Campaign could not have bode well with Mabuza, and the allegations, which he has denied, about the Kruger Rands that were stolen from his house, was not the type of publicity that Mabuza needed.

Besides, Gamede has been successfully displaced from his support base in the Gert Sibande region. Other major players have emerged, such as Muzi Chirwa and the “deputy premier” Sibusiso Sigudla.

The demotion that will not be mourned is that of Violet Siwela.

Her elevation into the provincial executive committee of the ANC seemed to have gotten into her head. It became worse when she became provincial deputy chairperson of the ANC.

Among her shenanigans was her baffling decision to suspended Peter Nyoni from the ANC!

Anyone who experiences an unexplainable and rapid rise to the top because of Mabuza’s “intervention”, should pay Siwela a visit for free lessons on how not behave when you are affirmed into higher positions because Mabuza can make you fly high and cut your wings until you fall hard.

The appointment of Speed Mashilo is possibly the only one that cannot be questioned, due to his experience, both politically and as an administrator. His experience as the executive mayor would come in handy, and we hope the same applies to Busi Shiba.

But we don’t buy Mabuza;s argument that he appointed her for bringing the votes to the ANC during the local elections because there’s a huge difference between mobilising communities to vote for the ANC and being an executing authority.

An appointment that we are excited about is that of former ANC Youth League provincial secretary, Sasekani Manzini. She’s young and she’s a woman.

Her appointment, while exciting, raises concern that she’d be in charge of a department with a huge budget and a head of department who has survived many MECs, and that’s not good, because it means that she won’t last, not because she’d be a failure, but because HODs report directly to the premier, and therefore the only “control” she’d have would be on her inner office.

The HOD would be like a de facto MEC.

The dust seems to be settling since the reshuffle, and we are hoping that the local government elections results have shown even our own leaders in this province that they should not think that the people are not aware that they are enriching themselves, and that they will punish the leaders harshly, and we’ll spend the next few years writing about scandals.

2016-09-02
Tom Nkosi
Previous: Why the Hawks don’t have a case against Gordhan
Next: VIDEO: Police tortured me, Jimmy Mohlala’s widow