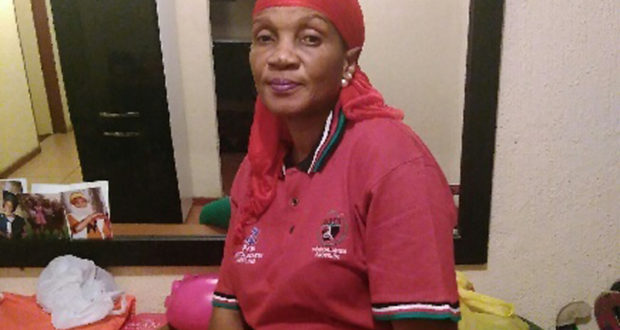 Bonny Mohlala. Police arrested and tortured her while mourning the loss of her husband.

Her husband, the late speaker of Mbombela Local Municipality, Jimmy Mohlala was killed on 4 January 2009 for exposing the corruption linked to the construction of the Mbombela Stadium in preparation for the FIFA 2010 World Cup.
After his burial and while still in mourning, members of the South African Police Services detained Bonny Mohlala, his widow, and her two sons, they tortured them accusing her and her sons of killing her husband and their father respectively.