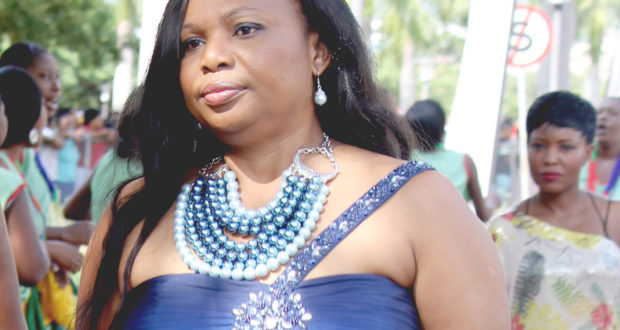 According to documents seen by Ziwaphi, soon after the 2014 national and provincial elections, then secretary of the legislature, Josiah Silinda, bought the first vehicle Mercedes Benz ML 500, worth R1,2 million from a local car dealership in September 2014. In November 2015, newly appointed secretary of the legislature, Linda Mwale, approved the purchase of a new vehicle for the speaker, a Mercedes Benz GLE 500, which costs almost R1,5 million.

According to the leaked documents, the office of the speaker requested the purchase of the new vehicle when the ML was involved in an accident.

“The vehicle which is still at the panel beaters will no longer be safe for use by the speaker as it has been involved in accidents three times. To ensure and promote safety of the honourable speaker it is essential to procure a new car for the speaker,” reads a memorandum that Mwale approved.

“When we bought the new vehicle, we were fresh from the bad publicity that the (Mpumalanga) premier had been receiving from buying cars worth R5 million, therefore the instruction that we were given was that we should buy a vehicle with exactly the same shape and colour so that no one could know that the speaker was driving a new vehicle,” said the insider who spoke on condition of anonymity.

Indeed according to the specifications of both the ML 500 and the GLE 500, the colour specification is iridium silver.

The insider also disclosed that the vehicle that was bought in 2014 was being kept at the house of the speaker, even though in terms of the asset register, the vehicle is located at the legislature premises.

He said that only the people from finance section, the secretary and the speaker know that the speaker has a new vehicle, and everyone else as fooled into believing that she was still driving the vehicle that was bought in 2014.

“The reason that the vehicle is not kept in the legislature premises was to conceal it from members of the opposition, who pass near the speaker’s reserved parking daily, and if they saw that there were two vehicles, they’d start asking questions. Even the (Mpumalanga) premier (David Mabuza) does not know that the speaker bought a new vehicle, they all think it’s the same vehicle that we bought in 2014 because it’s the same colour,” said the insider.

Shongwe’s new set of wheels cost R1,3 million, however, with other extras, such as the panoramic sliding roof, heated front seats and the AMG exterior sports package which costs R28 947, shot the total price of the vehicle up to R1 493 127.

In 2014, Mpumalanga premier, David Mabuza was exposed for buying vehicles worth R5 million. Earlier this month, the executive mayor of Emalahleni local municipality, Lindiwe Ntshalintshali, also had the municipality approving a R1,5 million budget for her own set of new wheels.

Legislature spokesperson, Zamagambu Memela-Gamede failed to meet two deadlines for the submission of the legislature’s response. One of which was at her own request.

Following the publishing of the story, the legislature finally responded: