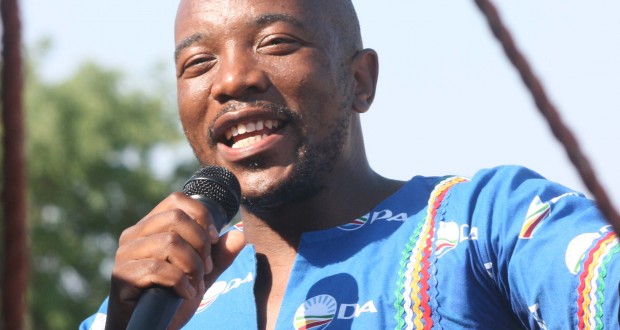 Maimane was addressing more than 500 community members in Kabokweni near White River, Mpumalanga, on Sunday afternoon.

“The bible says rot starts from the top. You know the only project that the ANC has ever finished is ‘Nkandla.’ Corruption starts from the president to the premier of this province DD Mabuza. Oh, those are the big tsotsis,” said Maimane.

The opposition party leader also tore into Mabuza’s absence from office due to illness, or what his office has termed “severe exhaustion.”

“I hear that Premier DD Mabuza is sick. I believe he is dying for his sins. The sins are too many [and] they make him sick,” he said.

However, Maimane clarified that he was not wishing Mabuza to die.

“I do not want him to die. He must come back and account to the people of the country, where is the money of Mpumalanga?” he said.

Maimane also accused Mabuza of being part of the alleged trio of premiers who use money to wrest power from the ANC.

He added that it was about time that people voted the ANC out of government.

“Here in South Africa you go to hospital sick with flu, but you come out having pneumonia. Fellow democrats, let’s make sure that we fulfill mandate of the Constitution. Vote these people out… We know they will come wearing lots of things, some wearing berets promising you a lot, some come with food parcels. Please, we do not hate anybody; take the food parcels, eat and go vote for the DA,” said Maimane.

On Monday afternoon, spokesman in the presidency Bongani Majola had not responded to questions sent to him via email.