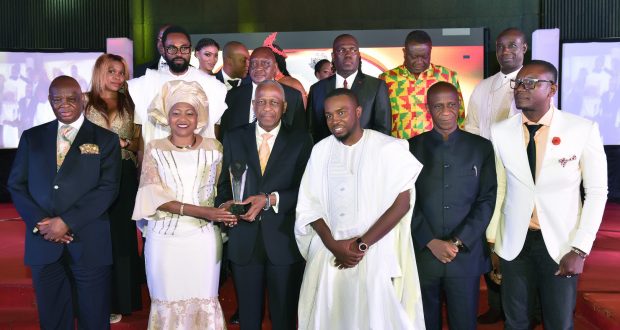 Former African National Congress treasurer-general, Dr Mathews Phosa, has warned Africa against re-colonising itself through corruption, nepotism and state capture.
Phosa made the appeal in his acceptance speech after being named the recipient of the 6th African Achievers Awards (AAA) at a gala dinner held in Nigeria recently.
“The big challenge (for Africa) will be to not fall into the trap of re-colonialising itself through corruption, nepotism, despotism and state capture. Such a second wave of colonialism would, in my view, be as bad as the first one when Africa was colonialised politically and economically,” he said.
Phosa is the third South African to receive the award after Nobel Peace Prize winner Bishop Desmond Tutu in 2011 and current chairperson of the African Union, Dr Nkosazana Dlamini-Zuma in 2014.
Other recipients of the award since its inception are Former Malawian President Joyce Banda (2012), Ghana’s late President Professor Atta Mills (2013), and current President of Tanzania Jakaya Kikwete (2015).
Phosa paid tribute to African leaders both in the public and private sector who are committed to good governance.
He said that good governance was significant in reducing conflicts and political unrest on the African continent.
“When people take up arms and go to war, no one benefits. We should avoid situations where our people despair and say that democracy is not working for them. We need clean governance with clearly defined terms of offices and presidential terms for leaders. The voice of the people must rule,” said Phosa.
Phosa also made history when he was bestowed with a second award on the same evening – a Lifetime Achievement Award for his role in the apartheid struggle, in helping to establish democracy and for selflessness.
He dedicated the Lifetime Achievement Award to the memory of Nelson Mandela, and challenged all Africans to live “Madiba’s legacy.”
“Our fixation with personal power is a major concern of mine. The late President Nelson Mandela walked away from power and became even more powerful because of it. Those who cling to power will always lose it, whether they stay in office or not,” he said.
Phosa, who is now a businessman, is one of few ANC leaders who have broken rank with the organisation by openly calling for South African President Jacob Zuma to step down following the ruling by the Constitutional Court which found that the president failed to protect the constitution by disregarding the findings of the Public Protector on the so-called security upgrades at his private home in Nkandla.
Chief Executive Office of the Corporate Governance Framework, Terry Booysen, commended Phosa for his achievements.
“Mathews’ international recognition and achievement is truly deserving. His unapologetic stance against unethical, corrupt leadership serves as an inspiration for us all. Truly this is the catalyst that will re-ignite South Africa, and as more of us become out-spoken and demanding for strong, ethical leadership to steer our beloved country, so we will begin to realise the dreams Tata Madiba sacrificed so much of his life for,” said Booysen.