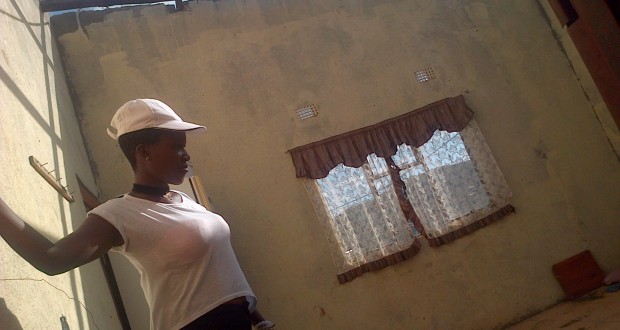 Twenty-year-old Philile Nindi has given up her dreams of being a nurse to take care of her younger siblings after both their parents died of cancer.
At 18, Nindi, from Matsulu outside Mpumalanga’s capital city, dropped out of Grade 10 to care for her ailing parents, who eventually died in 2015. Now she cares for three siblings, aged 11, eight and three, after their parents died last year.
“I had to take care of my father before he died in 2015. As if it was not enough, my mother also died in 2015 on my birthday. I still have the film in my mind of the torture that I went through witnessing both my parents dying of cancer. I was planning to do nursing but I’ve had to be strong for my siblings and play the part of being a parent in their lives,” she said.
Nindi added that her relatives abandoned them and changed their contact numbers because she always called them to ask for food.
“Both families of my parents have abandoned us, there is no one who cares anymore. We ask for food from neighbours but they also get tired. We really need help from the government. I have dropped my schooling because all I can think is, ‘What are we going to eat today?’ My teachers thought that I was failing to concentrate on my studies because I slept out and parties too much, not knowing that I was hungry and there was nothing to feed my siblings back home,” she said.
Nindi said as the eldest child, she has had to sacrifice and go without food for two days just to allow her siblings to have something to eat.
“Sometimes I just lock myself in the house because our neighbours make fun of us. My parents built a house with three rooms but the two others don’t have roofing. In December 2015, a few community members came to put a ceiling on the one room but it gets very hot when the sun comes and rain easily enters the house. We have experienced attempted robbery, fortunately I managed to scream and the thugs ran away,” Nindi said.
Provincial social development spokesman Ronnie Masilela said that Nindi should visit the nearest social development offices and speak to social workers.
“The social workers will then investigate the situation of this family. There must be a way to assist them. There should be a foster grant that they should receive and the 20-year-old who dropped out of school will be assisted through our social development programme in the department.

2016-04-23
Beatrice Shongwe
Previous: Nathi and Monde coming to Mpumalanga
Next: Together we can do more