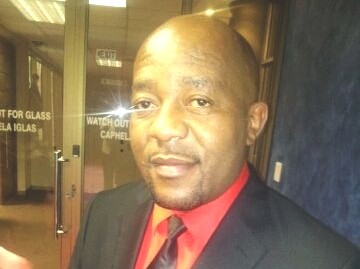 With my past experience as a government communicator, I find it very frustrating by the way the government of the day is communicating messages. During the Mbeki era Government Communication & Information Systems (GCIS) was strategically positioned in the Presidency to coordinate the government communication and to provide leadership. It was not by mistake to position GCIS there, cause of its nature and of its important. After the 2014 elections President Zuma announced his new cabinet and GCIS was under one ministry of Communications, and it got diluted in the process.

Who is in charge of communications? Is it Jeff Radebe, the Minister in the Presidency? Is it Minister of Communications under Joyce Muthambi, of which all powers and cabinet communications are taken by Radebe.

The lack of clarity confuses many communicators and citizens as to ask, does the President knows what is happening about Communications in his Government since he tried to reshape his government after elections?

Today ministers issued statements as they wish and there is no proper coordination, Mokonyane posted a Facebook status expressing shock at the number of township shops owned by foreigners. The questions remain is she the proper Minister to comment on such matter, whilst there is a Minister of Small Business Development, Lindiwe Zulu.

And contrast Minister of Small Business Development, Lindiwe Zulu – quoted in Business Day said “Foreigners need to understand that they are here as a courtesy and our priority is to the people of this country first and foremost. The question remained “was she commenting on government policy or immigration policy of the county?

A total of 116 people died, 84 of them South Africans died, in a building at TB Joshua’s Synagogue Church of All Nations collapsed in Lagos in September last year. There was a blackout of communications in the whole country and the families of the deceased were left in the dark.

The Nkandla issue is/or was not even being managed well by either the Presidents Spokesperson or GCIS if there is…..or the department Communications. We need GCIS to provide leadership on all communication matters, There is no need Ministers speaks willy nilly on issues of policy and there is no attempt by cabinet to curb the ministers  to randomly communicate about other Ministers portfolios.

This vacuum was created because the centre is not holding in terms of communication…# Bring Back GCIS.