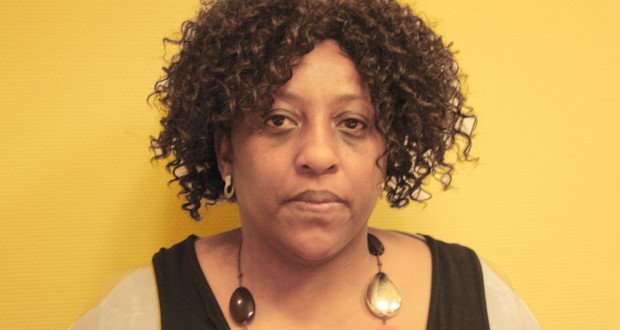 Mpumalanga provincial government’s head of treasury has failed to answer media questions whether she has a security clearance or not.

This follows the emergence of allegations that the head of department for provincial treasury, Nombedesho Nkamba, does not have security clearance, which is a requirement for all senior managers in government as stipulated in the Regulations of the Public Service Act.

Like all heads of departments and  senior managers in the public service, she is required to undergo a security clearance vetting process.

However, according to sources within the provincial government, Nkamba has, since her appointment into senior management in 2002, failed to do so, and yet Mpumalanga premier, David Mabuza still appointed her to the province’s most sensitive portfolio.

As the head of the provincial treasury department, she is entrusted with the management of the Mpumalanga provincial government’s R38 billion budget.

Her department is also responsible for providing support and promoting good governance in all provincial government departments and delegated municipalities.

Mpumalanga provincial director-general, Nonhlanhla Mkhize, who is responsible for making cabinet submissions for the appointments of HODs has denied the allegations and defended Nkamba, who is the department’s first female head of department since the dawn of democracy in 1994.

In an interview with this newspaper, Mkhize insisted that the country’s State Security Agency (SSA) had issued Nkamba with a security clearance certificate in January 2013 when she was appointed as the head of department.

She also said that all officials of government, irrespective of their rank, couldn’t be employed until their security screening results have been obtained from the SSA.

According to Mkhize, the security screening is meant to ascertain the authenticity of the incumbent’s qualifications, and whether they are South African citizens. It also determines if they do not have a negative credit record.

Further investigations by this newspaper, however, discovered that what Mkhize referred to security clearance was a mere suitability assessment, which is performed for all shortlisted candidates whether they are appointed or not.

“Once an individual has been appointed, he/she must be subjected to security clearance in accordance with Public Service Regulations which require security clearance be undertaken only where the duties attached to the post necessitate it,” said DPSA spokesperson, Dumisani Nkwamba.

A financial expert, who spoke on condition of anonymity due to professional reasons, told this newspaper that a security clearance is a vigorous process which requires the incumbent, at times, to undergo lie-detector tests.

“Security clearance has three categories, top-secret, secret and confidential, and it is compulsory for senior managers and people at procurement in government to undergo a security clearance check to determine, among others, if there are debts judgments against them or they have been declared insolvent. When going through a security clearance check and the State Security Agency picks up some flags, such as unexplained deposits in your bank accounts they may recommend a lie-detector test,” he said.

When this information was brought to the attention of the premier’s office, no further response has been forthcoming for almost a three weeks.

The premier’s office also failed to respond to questions on the number of heads of departments who have not been subjected to a security clearance assessment as prescribed by the regulations of the Public Service Act.

Efforts to get the same information from the State Security Agency, also proved fruitless.

The agency’s spokesperson, Brian Dube, said it was against the department’s policy to disclose if Nkamba had been issued with a security clearance certificate.

“As a matter of policy, SSA doesn’t reveal details of a person’s vetting to a third party other than the requesting department. You will therefore have to approach the relevant department,” said Dube.

However, Nkamba’s department of finance sent us back to the office of the premier.

“We have referred the matter to the office of the premier, because they deal with all appointments inclusive of the security clearance issues,” said departmental spokesperson, Letshela Jonas.

The provincial government department’s website describes Nkamba as having “impeccable credentials in the accounting, banking and public sectors (sic).”

Her department was one of only five provincial government departments that received unqualified audit opinions from the auditor-general.

Nkamba became a director in 2002 and a chief director in 2007, and if the allegations that she does not have a security clearance certificate are true, it means that she has failed to comply with the provisions of the regulations for the past 12 years.

This newspaper has independently established that, unlike other provinces or national government departments, Mpumalanga province did not specify in their recent advertisements for vacancies that confirmation of appointment is subject to a positive security clearance.

This could mean that all officials who are required by the regulations to undergo security vetting, but did not do so, are ineligible to occupy their positions.

According to the DPSA’s Dumisani Nkwamba, the premier or a member of the executive council (MEC) is required to take action for non-compliance with the regulations and the act.

“A Premier in a Province is responsible for the appointment of Head of Departments; however, this power may be delegated to individual Members of Executive Council (MECs). Dependent on whether it was delegated or not, the power (to take action against non-compliance) will either vest with the Premier or the relevant MEC,” said Nkwamba.

The act stipulates that the premier or the MEC should immediately report the non-compliance with the regulations to a DPSA minister and as soon as possible report to the minister the particulars of the disciplinary steps taken.

The office of the premier remained tight-lipped whether the premier intends to take any action against Nkamba or other heads of departments and officials who have failed to comply with the regulations.

Meanwhile, at the time of going to press, Nkamba had not replied to questions sent to her through email and SMS.

The only response from her was in the form of an SMS.