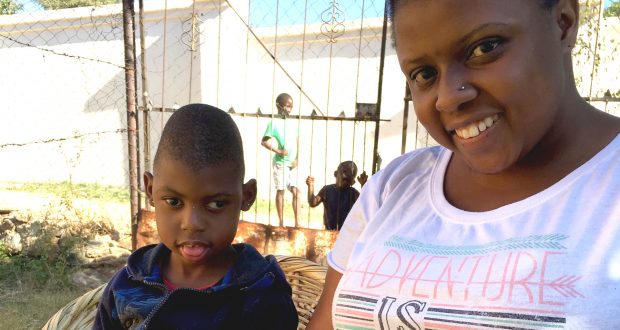 Phetogo and his mother, Thandeka Sedibe.

Fear that “negligent” doctors are still at work

For more than three weeks, Mpumalanga’s health authorities have failed to answer a media enquiry on whether they have or would be taking action against two doctors accused of medical malpractice.

Mbombela based attorney, Silungu Thobela, successfully sued Mpumalanga health MEC, Gillion Mashego on behalf of his client, Thandeka Sedibe, in a case that dragged on for more than six years. Gauteng high court judge, Aubrey Ledwaba, ordered Mpumalanga MEC for health, Gilion Mashego, to pay over R23 million in damages, as well as all the legal costs, within 30 days from the 25th May 2017.

An independent investigation that Thobela commissioned, found that Rob Ferreira hospital doctors Masuku and Goosen and the nursing staff at the hospital were negligent by failing to ascertain if his client could give a “normal birth”.

In court papers Thobela argued that the two doctors and the nursing staff at the hospital continued to prescribe medication and apply medical procedures aimed at inducing labour, even though it was clear that Sedibe, could not give a “normal birth”.

“The staff and or Dr Goosen and or Dr Masuku negligently performed an episiotomy and attempted ventouse delivery assistance when it was obvious that delivery could not or should not be effected that way since there was a strong possibility of a cephalo pelvic disproportion. This caused unnecessary pain and suffering to the plaintiff and distress to the child,” said Thobela in court papers.

According to court records, Sedibe was admitted at 07:40 on 15 May 2010 and after a series of blunders, the doctors only performed the Cesarean Section at 01:55 on 16 May 2010. Court records also show that Dr Masuku negligently failed to attend or delayed to attend to the plaintiff and child at a time when he was notified and when it was obvious that there were complications in the birth process.

“At 22h35 Mrs Sedibe was fully dilated and at 23h05 Dr Masuku was notified and he prescribed 10 units of oxytocin in 1000 ml of fluid. This is a dangerous and unacceptable treatment. At 23h35 Dr Masuku was again reminded to come and see the patient and at the same time Dr Goosen was called who arrived before Dr Masuku,” reads the report by Pretoria based neurologist, Dr Michael Lippert. The report also slates the length of the birth procedure that the two doctors conducted.

“It appears that the birth process was managed with multiple calamitous flaws, including the allowance of second stage labour to proceed to 2 hours 56 minutes,” reads the report. As a result of the blunders by the doctors and nursing staff, Sedibe’s son, Phetogo (now 7), suffered permanent brain damage.

According to Thobela, the department finally admitted liability in 2014.

He said that many poor people do not pursue legal medical cases because they cannot afford to pay the legal fees, thus they are being taken for granted by health workers in government facilities.

“The medical field in South Africa is used as way of addressing unemployment than a profession to save the lives of people. (Government) must not go to Cuba. They must train people here in the country, because good medical specialists leave the country and go to countries where they are paid better. We are left with people who do not have experience, and unfortunately they use the poor people for their experiential learning,” he said.

Sedibe says her life changed forever since her ordeal at the hands of the doctors and the nursing staff at the Rob Ferreira hospital.

“It was painful. When I got this child I failed matric, and I wanted to supplement, but couldn’t because I had to look after my child. My future was placed on hold. The father of the child used to support him, but he stopped having any interest in the child when he discovered that he was disabled. He has not come to see him for four years,” she said.

Following a written media enquiry sent to Mpumalanga health department spokesperson, Dumisani Malamule, on 30 May 2017, he stopped answering his cellphone. This journalist finally tracked him down, using his office landline. He confirmed having received the questions.

“Let me call these people, they have not come back to me. I will call you back,” he said.

2017-07-12
Tom Nkosi
Previous: Give me a better job or else…
Next: Chaos at Mpumalanga’s COSATU march, as premier fails to receive memorandum