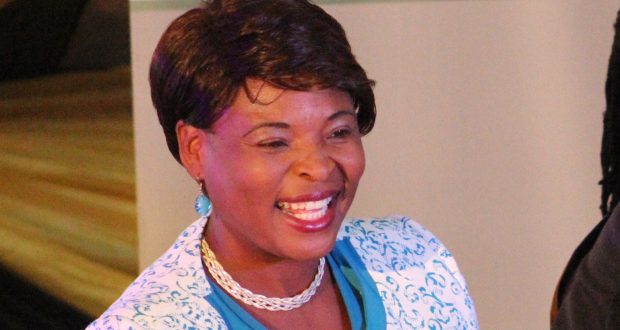 Public Protector Busisiwe Mkhwebane said she was left traumatised after an Mpumalanga ANC MPL threatened to make her EFF counterpart to “poop in his pants”.

Mkhwebane who is on a roadshow to meet stakeholders in the province, started her visit at the legislature, where an argument broke out between ANC MPL Jeaneth Nghondzweni and EFF MPL Collen Sedibe.

“I’m traumatised, I must say,” said Mkhwebane following the incident.

She had been giving a presentation earlier about the work that her office was doing when Sedibe objected to an input by MEC for community safety, security and liaison Pat Ngomana, which he deemed to be a response on behalf of Mkhwebane.

Speaker of the legislature Thandi Shongwe, who was chairing the meeting, tried to restore order, but the situation worsened when Nghondzweni entered the fray and started threatening Sedibe with violence.

“I will beat you up,” said Nghondzweni.

Shongwe instructed the two to take their fight outside.

“Ngitakunyisa [I will make you poop in your pants],” Nghondzweni threatened in siSwati, meaning she would beat Sedibe up.

When order was finally restored Shongwe asked Nghondzweni to withdraw, but she refused and continued threatening Sedibe.

Shongwe closed the meeting but that did not deter Nghondzweni, who rushed Sedibe and started shouting and pointing fingers at him.

In an interview after the meeting Mkhwebane did not mince her words.

“The Bible says a child does what the father does. Therefore I would plead with the members of the legislature to behave themselves in such a way that we want our future generations to behave, that’s not an honourable way to behave,” said Mkhwebane.

2017-03-10
Tom Nkosi
Previous: Broken lifts: Disabled report govt to SAHRC
Next: Lemon & Herb is just what the house music industry has been missing