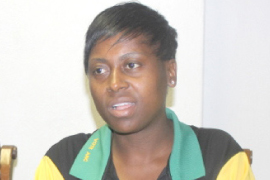 ANC distances itself from “sex pest”

The African National Congress in Mpumalanga province has distanced itself from the actions of a senior legislature employee who is accused of sexual harassment against a fellow female employee.

The ruling party’s provincial spokesperson, Sasekani Manzini, condemned any form of harassment of women, but said that the allegations against the employee, George Mthimunye, have nothing to do with the ANC.

“We condemn any sexual harassment. As the ANC we push for the protection of women so that at all times women are protected. That’s what we stand for as the ANC,” sad Manzini.

Manzini was reacting to a statement by the Democratic Alliance’s member of the provincial legislature, Jane Sithole, who said that the ruling party’s failure to take action against Mthimunye was making mockery of the ruling party’s professed commitment to the rights of women.

“We demand that his behaviour does not go unpunished this time. Mthimunye’s redeployment lays bare the ANC’s hypocrisy when it speaks about the rights of women on the one hand but unleashes a convicted sex pest (sic) into the legislature on the other hand. It also shows that regardless of how much damage a comrade has done to the people he works with or the communities that depend on him for services, his behaviour will go unpunished as long as he is in the right faction,” she said.

This newspaper has no information regarding Mthimunye’s conviction, except that in 2013 he lost a civil claim against an employee who had accused him of sexual harassment, while employed as a municipal manager at Dr JS Moroka municipality in Mpumalanga province.

After a long-drawn-out legal battle, the Northern Gauteng high court ordered Mthimunye and the municipality to pay R1,3 million in damages to Esther Mahlangu-Mathibela for sexually harassing her between 1998 and 2001.

No action was taken against Mthimunye, but instead the late minister of co-operative governance and traditional affairs, Sicelo Shiceka, appointed him as the administrator when he placed the Naledi local municipality in North West under administration.

The DA’s call follows recent media revelations that a female legislature employee, who cannot be named, had laid a sexual harassment complaint against Mthimunye in 2015 after a strategic planning session at a hotel near Sabie, where he allegedly made advances on her.

The DA wants an investigation into Mthimunye’s appointment in the legislature.

Sithole said that her organisation would ask the Public Service Commission (PSC) to investigate how George Mthimunye got an executive management position at the legislature given his dismal track record in previous employment.

“The DA will now request the Public Service Commission investigate the appointment of Mthimunye to the Mpumalanga Legislature, as we believe it is improper and possibly unlawful to appoint a convicted sex offender (sic) to high government office,” said Sithole.

Manzini insisted that the ANC had nothing to do with Mthimunye’s appointment at the legislature.

“As the ANC we don’t participate when they (legislature) are hiring people. It is the responsibility of the legislature to (verify) if a person has a criminal record. His employment has nothing to do with the ANC. He applied for a job and got it,” said Manzini.

The Mpumalanga legislature continues to deny that a sexual harassment complaint had ever been laid at the legislature. Its spokesperson, Zamagambu said there was no case that was opened in the legislature.

“There is no sexual harassment case in the file of the Legislature that was opened,” she said in response to a media enquiry.

Despite the legislature’s denial, the Commission on Gender Equality (CGE) confirmed that they received a sexual harassment complaint in 2016.

When asked if the they had brought the allegations to the attention of the legislature, the HOD for legal services at the CGE, Marissa van Niekerk, responded as follows: