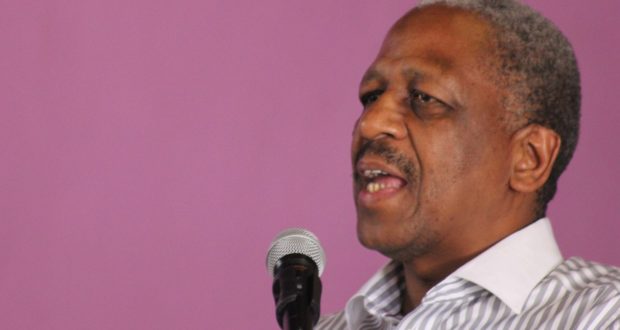 Former Mpumalanga premier and treasurer-general of the African National Congress (ANC) says that the clever blacks have spoken and warned the ruling party it will have to act decisively on the stink of corruption if it is to rescue itself.

Phosa, who is in Senegal on a business visit, was reacting to the ruling party’s dismal performance in the 2016 local government elections.

“The masses are not fools. They pass judgment on all of us. They can never be indifferent to corruption and they will repeatedly punish us for it. They don’t need diplomas to call us to order. We have a duty to listen, learn from them and lead properly. We can’t hop from one scandal to another week-in-week out,” said Phosa.

In an indirect reference to Jacob Zuma, who in the past said that those questioning corruption around the expenditure on his Inkandla residence were “clever blacks”, Phosa said that the organisation has to accept that some of those who vote for the Democratic Alliance (DA) were once ANC supporters.

“We need to accept the reality that there are many young people who voted for the DA – where do these people come from? Which party did they leave to join the DA? They left the ANC, and why did they leave the ANC? The clever blacks have spoken,” he said.

The former premier, who is now a businessman, said that the organisation could not perpetually rely on its status as a liberation movement to attract new voters. “The romanticism of us being a liberation movement is being fast eroded by corruption in our ranks. The masses are punishing us with the weapon we won for them. The vote,” said Phosa.

Phosa is one of few leaders of the ANC who have publicly called for President Jacob Zuma to step down following the Constitutional Court ruling in March this year that the SA head of state failed to protect and defend the constitution.

His outspokenness against corruption has drawn the ire of successive ANC spokespersons, but this has not deterred him.

“The day we confront the scourge of corruption is the day we will rescue the ANC. The day we stop protecting those who are corrupt, is the day we’ll rescue the soul of the ANC,” Phosa said. He warned however that it would not be correct to put the blame for the decline of the ANC in the elections on one individual.

Phosa also dismissed ANC spokesperson Zizi Kodwa’s statement on Thursday that the ANC was still ahead in the national vote tally.

“The African National Congress is buoyant and energized at the latest results being released by the IEC National Results Centre that show the organisation is surging ahead in the polls nationally.
“According to results released by 8pm the ANC has garnered 54,15% of the vote nationwide. The opposition Democratic Alliance is trailing behind at a mere 26,9%. This result affirms the organization’s confidence that South Africans have once again entrusted the ANC with managing the country’s municipalities,” said ANC spokesperson, Zizi Kodwa.

Phosa, however, would take none of it. “I don’t buy that. It is called comfort! We should explain why we dropped from 63% to 54%. I don’t celebrate that drop. We are busy spinning. There’s a stink around us which keeps people away from us and we need to remove the stink,” said Phosa.

Previous: EFF accuses IEC of electoral fraud
Next: No plans for toilets for 400k Mbombela residents