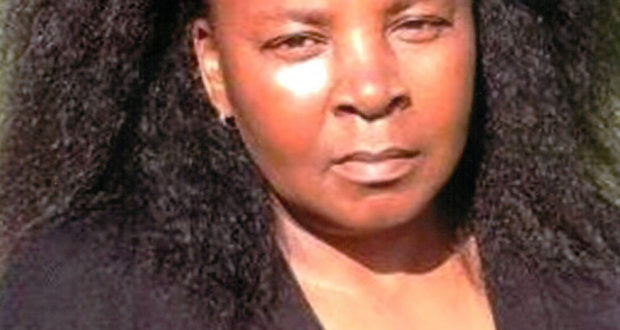 AGAINST ALL ODDS: Elizabeth Mndawe, an independent candidate.

The Forum 4 Service Delivery (F4SD) has accused the governing African National Congress (ANC) in Mpumalanga of lying to the voters ahead of the local government elections next month.
The F4SD, an organisation which represents some of the independent councilors who will be contesting in the local government elections next week, was reacting to a threat by the ANC in Mpumalanga that independent councillors would not be allocated budgets if they win the elections.
“That thing is a lie, so they must stop telling people that Ms (Elizabeth) Mndawe or any other independent candidate won’t be able to work for her community. Every councillor would be entitled to a budget for his or her ward. The ANC doesn’t have money at the municipality. Those are our taxes meant to benefit the poor of the poorest,” said F4SD spokesperson, Mbahare Kekana.
Mndawe will be contesting the elections at Mbombela’s Ward 35 as an independent councillor, against the ANC’s preferred candidate, Reina Seepsop.
Both candidates are branch executive committee members of the ANC in the ward.
Seepsop is the deputy chairperson, while Mndawe is an additional member, but the latter is also the deputy chairperson of the ANC Women’s League in the branch.
Mndawe defeated Seepsop in a bizarre ANC candidate nomination process, where the winner was not decided by the number of votes counted, but through screaming and whistling, and the winner received the loudest screams and whistles.
Controversial ANC councillor, who is also the organisation’s candidate in the coming local government elections for a different ward, Majaheni Nyalunga, conducted the nomination process.
Last week Nyalunga, who is a serving councillor in the ward, threatened that independent candidates would not be allocated budgets.
“If there’s one person who is (an independent) councillor, against 100 (ANC) people, where will she ask for the budget? Because she has to ask for it from us, and then we will give it to her. If she is not part of us, we definitely will not give it to her. If she is voted for and wins here, she will stay for five years and not a thing will happen here. That’s the truth that we cannot dispute,” Nyalunga said.
When approached for comment, ANC’s provincial spokesperson, Madileng Thulare declined to say whether his organisation supported or did not support Nyalunga’s pronouncement.
“We are supporting the posture of Majaheni giving information to the community the truth about the implications of voting for an independent candidate, and he was not saying they must never vote. He says if you vote (for independent councillors), this is what it implies. If the majority of councillors are from the ANC, there’s no way I can vote for an individual on a matter. That was implicated (sic) by our comrade that if they vote for an independent candidate, he can’t stop them, it’s their democratic right, but they must know what they are voting for. That information was important so that he exposes it to the people,” said Thulare.
Kekana, however, said that any attempt to deprive independent candidates budgets for their wards would be in contravention of the law.
“All the councilors are equal before the law, whether you are a political party councillor or an independent councillor. Mama Elizabeth will get her budget. If there is a sabotage, or contravention of the law, we will compel them using several measures to make sure that she is treated like other councilors,” said Kekana.
The South African Local Government Association (SALGA) said that voters should not be placed under undue pressure to influence the voting patterns.
“While SALGA respects the views expressed by individuals during campaign-trails, the Charter of Elections Ethics binds political parties that no one should ever try to pressure, manipulate or intimidate anyone into voting a certain way. In particular, religious, racial and tribal fears should never be used to influence anyone’s vote. Most importantly, violence of any form (physical, verbal or emotional) is unacceptable under any circumstances. Everyone is free to vote as they choose without fear and any foreign behaviour aimed at manipulating voters has no place in an ethical election,” said SALGA’s communication manager, Tahir Sema in response to an inquiry.
Meanwhile, Mndawe disclosed that she has been meeting with delegations which include MECs, and members of parliament trying to persuade her and others intimidating her to withdraw from the race, but she is adamant that she would not withdraw as she was representing the wishes of the community.
“They sent another lady to warn me that I would get hurt, but I told her that even if I get hurt, it would be for the truth. I am not scared and I will not stop because of intimidation, because they know the truth. The community has placed its trust and hopes on me and I cannot let them down,” said Mndawe.