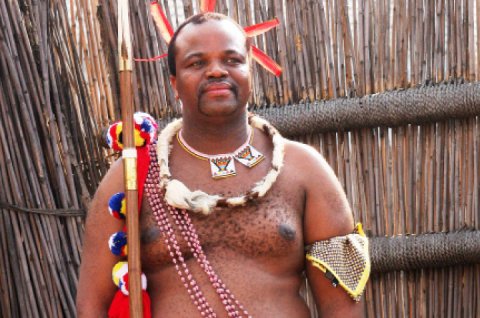 Sadly the fact that tinkhundla is a direct product of the evil apartheid system is entirely not entertained or rather  dismally ignored particularly by those who believed that the breakthrough in South Africa was a revolution.  The correct discourse emerging these days on the fallacy which Chris Hani and many others in the left forces quickly pointed out that the revolution was only beginning from that particular point in time, is somehow assisting but failing to navigate the extent of the damage done by apartheid outside South Africa particularly in the frontier states .

These frontline states were the only land accessible entrances en route to the destruction of Malan and they were biased to the revolutionary operatives with a number of camouflaged advantages ranging from language, race and even the OAU’s directive to help each other against colonialism.

They posed a threat to the white rule’s security which was daily being undermined through these states. Therefore there was no option left for the regime but to develop strategies to counter act what they termed as communist terrorists acts.

Without an exception Swaziland was classified as a high threat milieu for guerrilla invasion point by the ANC and PAC armed forces. Then Pretoria began to contemplate around the idea of synchronizing Swaziland into a special Bantustan auxiliary area. By then Swaziland was governed through a progressive constitutional democracy where political parties contested power, and it was a very young democracy born in 1968.

Pretoria charged one of its trusted evil architect by the name of Piet van De Vries who was an advocate by profession, with the responsibility to draft Tinkhundla and convince Africa’s less talked about wicked dictator Sobhuza, on how to topple the developing democracy in Swaziland through the infamous 1973 decree depose. This Boer became the chief advisor during the period of the take over which resulted with the arbitrary arrest, harassment and all kind of ill-treatment of the opposition and its leadership. This is the period where Sobhuza and his trusted men were indoctrinated and learnt to hate and crush progressive organs, Sobhuza went to the extent of dissolving his own political organization, and transforming it to absolute power for himself and his immediate family members.

Supported by the Pretoria regime the Swazi autocracy frustrated the South African operatives through its state apparatus, many lost their lives, many were deported straight to Vlakplaas through the direct  line which Swaziland security forces had with Eugene de Kock.

In the book authored by Anemari Jansen titled Eugene De Kock: Assassin for the State, names of the co-coordinators in Swaziland and their victims are revealed, this does not only demonstrate the open agenda of the apartheid regime which also cemented the un-voted powers of the Swazi monarchy but also reveals the fact that Swaziland was and is still a Bantustan project where people are daily treated like sub-humans by the family government established on the Afrikaner Calvinism.

12 April 1973 was the abrupt dawn of an era that would see Swaziland governed by a civilian individual through a decree, while parliament was in session Sobhuza through his traditional powers hastily summoned his trusted regiments to his kraal and manipulated that gathering to be a citizen meeting. In his speech he spewed injured serpent venom injected from Pretoria, banning all political formations and vested himself with absolute power, subsequently unleashing a permanent state of emergency in the country. This precious and priceless fortune of enslaving and oppressing people was to be inherited by the incumbent Makhosetive, who like his father anointed himself as a little black god.

Yes the Apartheid replica Tinkhundla regime acted exactly the same way as its original, today counting it has a list of political prisoners, exiles un-proportional  to its small population, openly revealing the true evil nature of this system .

Treason and sedition are the two most punishable crimes in Swaziland to date, literally opening a big comparison gap to even serious crimes such as murder or all schedule 6 categorized crimes.

The system, like apartheid, does not just exile and arrest its foes but goes  further to hunt down exiled leaders and activists resulting in the (alleged) assassination of  the then Deputy President of PUDEMO comrade Gabriel Mkhumane who had been establishing in Mpumalanga in 2008, and immediately  the undemocratic  state enacted a law to supplement the rusting 1973 decree, the suppression of terrorism act 2008 (STA) which saw the remains of comrade Gabriel buried in Nelspruit because the law classified him as a terrorist, not a human being or a doctor nor a loving father to his kids even in his lifeless body.

Another shocking incident took place 2 years after the STA was in operation when a humble peace loving activist by the name of Sipho Jele was arrested during the May Day in 2010 and subsequently brutally murdered in custody by the state forces, his immediate crime was wearing a PUDEMO t-shirt also classified as terrorist craft or weaponry according to the STA. But his main crimes were beyond the wearing of the graphic embedded garment; he was once arrested in 2005 with fourteen other activists and charged with High Treason and Sedition but later released on bail, this was the main motive of his death making him the second victim of that particular case where in 2005 police tortured and killed the wife, LaFAKUDZE, of one of the treason trialists, Mduduzi Mamba, the former secretary general of the Swaziland Youth Congress (SWAYOCO), which is the youth league of PUDEMO.

In Swaziland it remains no secret that political organizations are classified as terrorist entities, that the king, his mother and immediate family members are immune to prosecution, and taxation, that the family holds public offices but are not accountable to anyone.

It is a an open truth that a fact finding mission by two South Africans ended tragically when their car was planted with an explosive and in the process killing two Comrades Jack Govender and Musa ‘MJ” Dlamini  while acutely injuring comrade Amos Mbedzi who later became a victim of torture while in stitches, he now serves a 85 years sentence at the maximum prison in Mustapha Swaziland in isolation cells, a facility directly managed by a royal loyal contingent, paramilitary force  trained on jail brutality known as HER MAJESTY CORRECTIONAL SERVICES. Their crime was to be in contact with Swazi activists who are branded as terrorists.

More than two decades now in South Africa there seems to be a fight against the remnants of the scrapped system, while Swaziland is approaching the 43rd agonizing anniversary of the joint hushed curfew by the fallen apartheid regime and the Dlamini clan.  Tinkhundla remain a living monument of the apartheid system, which does not just trample on human rights but has virtually and perpetually become a legendary legalised and accepted tool used against working class aspirations of all forms. The tinkhundla regime nonetheless brushes shoulders with democratic governments with little threat just like Israel state that has enslaved humanity with impunity.

The regime has alongside with democratic governments signed regional and international concurrences to uphold human rights and dignity, to comply with modern democratic patterns and to fight inequality and subduedness   of any form. These agreements are continuously signed and affirmed with such bodies as the SADC, AU, and UN etc under clear compliance procedures and rules with systems to monitor conformity amongst members, but surprisingly these bodies only react once there is genocide. There are no functional war inoculation systems but peace keeping forces. No consequences whatsoever with non compliance.

Worse are the liberation movements in the region that have abandoned their founding pillar, known as international solidarity, but decided to financially and politically connive with the evil system of tinkhundla, consequently abetting the oppression that has ancestry traits with the colonialism of a special type in South Africa.

Tinkhundla was founded on the grounds of ensuring white monopoly capital is safeguarded by black prefects in the form of the monarch that has sold Swazi labour to South Korean textile investors and other international speculative and non speculative investors.

The system was fundamentally to strengthen private property ownership by diverting all the means of production to the hands of the monarchy in disguise of the “held in trust” scam.

‘In the end we will remember not the words of our enemy, but the silence of our friends, ‘Martin Luther King Jr

(Jeff Hassan is a Swazi activist, writing on his personal capacity).