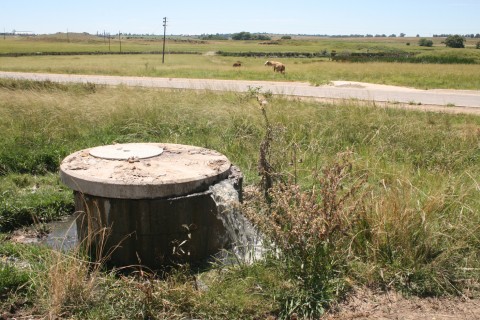 The Govan Mbeki local municipality in Mpumalanga needs to raise more than R1 billion within the next 10 years to address sewage spills and water contamination around their towns and outlying townships.

The Secunda-based municipality is one of three local municipalities that are under investigation from the Green Scorpions and SA Human Rights Commission for the poor state of water and sanitation infrastructure in their towns and outlying townships. The two others are Victor Khanye in Delmas and Thaba Chweu in Mashishing.

“Our sewerage system network is over 40 years old and needs to be changed, but to do that, we have to raise over R1 billion within the next seven to ten years. Unfortunately, the municipality does not have the money for now,” said municipal spokesman Henry Masango on Monday. “We even used the bulk of our annual R200 million infrastructure grant to try and fix the sewerage network, but we are faced with challenges also because of the growing population in the municipality. We need our people to be patient with us.”

During a recent visit to the Leslie pump station outside Secunda, Democratic Alliance Shadow Minister for Public Works, James Masango, witnessed the high flow of sewerage into the street.

“The problem originates directly from the pump station which is not functioning at all. The stream is running through the location and into the M17 road. Animals such as cattle, goats and sheep are grazing in lands filled with sewage. On a daily basis in Govan Mbeki municipality the sewage bypasses the sewer plants, running directly into the streams and through housing areas. Sewage overflows from the manholes and runs through the streets into the streams and ultimately into the rivers,” said Masango.

He said community members have also stopped reporting the sewerage leaks in townships, primarily due to the total incompetence of the municipality.

“The same leaks that they report are overflowing within a few hours again after being fixed. This crisis has reached such heights that residents now regard it as normal living conditions to drive and walk through sewage on a daily basis,” he said.

Masango said the sewerage spills in the streets pose a health hazard to community members, especially to the children who play in the sewage.

Green Scorpions spokesman Albi Modise confirmed in June this year that the three local municipalities were under investigation for the poor state of water and sanitation infrastructure.

“A number of statements have been taken and witnesses identified. The department of environmental affairs is currently in the process of verifying certain information with the department of local government before proceeding with further investigative work,” said Modise.

At the time he said it would take the municipality six months to present the findings of their investigations to the Director of Public Prosecutions (DPP).

“The DPP will then make a decision on whether or not to proceed with a criminal prosecution,” said Modise.

2014-10-06
Sydney Masinga
Previous: ANCYL to test coughing comrades for HIV
Next: Ex-COO gets a backdoor job