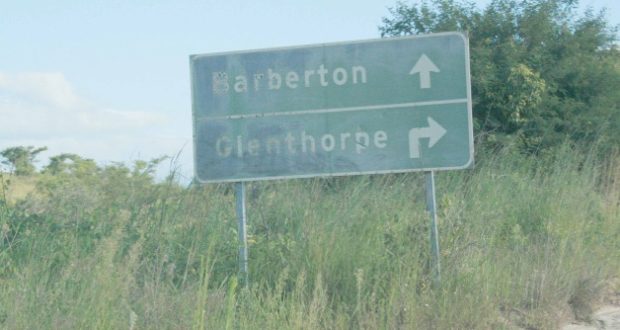 The Democratic Alliance (DA) in Mpumalanga will ask the Public Service Commission to investigate how provincial public works, roads and transport MEC Dikeledi Mahlangu overturned the dismissal of an employee who was found guilty of falsifying his qualifications and misusing government vehicles.

An internal disciplinary action found department official Menzi Khumalo guilty of falsifying his qualifications to gain employment as an administration officer in the department.

However, Khumalo was let off the hook when Mahlangu overturned his dismal on appeal and also failed to follow a recommendation that criminal charges be laid against Khumalo.

“We will …call on the Public Service Commission to investigate, as well as call on the Hawks and/or the SIU to investigate Mr Khumalo’s property acquisitions,” said DA provincial leader Anthony Benadie.

A departmental disciplinary inquiry had found Khumalo guilty of fraud in that he falsified his CV and qualifications, which is a dismissible offence, and for using a government vehicle without permission.

“The MEC’s actions are absurd and clearly show her putting political influence ahead of public interest and or misusing her position to undermine the interest of the state and public. The DA will write to the MEC demanding the reasons for the decision to overturn the HOD’s decision to fire Mr Khumalo,” Benadie said.

A CV seen by Ziwaphi states that Khumalo’s highest qualification is a Batchelor (sic) of Commerce in Economics from the University of Zululand in 2005, however, a departmental enquiry found that he had lied to get the post.

“The department conducted a verification exercise and that’s when it was discovered that Mr Khumalo had indeed submitted false qualifications when he applied for the post in 2007,” reads the report verdict of the departmental disciplinary hearing.

The hearing also found that it was on the strength of the purported qualifications that Khumalo was recommended for employment in the position.

“It is important to note that in the memorandum containing recommended candidates, the panel did consider the fact that he had a B Com in Economics as one of his qualifications and it obviously informed the panel’s recommendations,” reads the report verdict.

Khumalo’s CV also claims that he had worked as an intern at Umjindi local municipality; however, the departmental investigation found that he had never worked for the municipality.

It also emerged, however, that he had been interviewed and was successful in a post in the municipality, but was not given an appointment letter when the municipality found that his qualifications were “questionable.”

“We wish to confirm that Mathew Mans Khumalo was never an employee of Umjindi Municipality. He was however successfully interviewed for the post of Accounting Officer in March 2007 but prior to appointment it was determined that his qualifications was (sic) questionable and he was unable to submit proof of qualifications. The intention to appoint him was then reversed and his appointment was not considered anymore,” reads a letter from the municipal manager of Umjindi local municipal, Sibongile Mnisi, in response to an enquiry by the department.

Another organisation, which Khumalo states that he worked for in his CV, Umjindi Resource Centre, also disowned him in a letter directed to the department.

“The centre keeps all records of passed (sic) employees that have worked at the Resource Centre. There are no records on Mr Mans Mathew Khumalo. I can therefore confirm that Mr MM Khumalo was never employed at the Umjindi Resource Centre as an administrative assistant,” reads a letter by the centre manager, Gorete Britz.

During its investigation, it also emerged that Khumalo’s claim in his CV that he had qualified as a Skills Development Facilitator was also not true, even though he had registered and attended the training, but failed to meet the requirements for the qualification.

“Mr Khumalo has registered for SDF training as a facilitator for Blaizepoint Trading cc. He has attended the training, but failed to submit his Portfolio of Evidence (PoE) in order to be assessed for competency…

“Mr Khumalo has failed to comply and an invoice was issued against his company to recover the training costs as (it) was regarded as fruitless expenditure, which confirms that he has not qualified as SDF. Therefore Mr Khumalo’s claim that he is a qualified Skills Development Facilitator is not true, unless he provides us with a copy of his Certificate of Competency, which we would verify anyway,” reads an email from the provincial manager of the Services SETA in Mpumalanga, Roelf van Rooyen.

In a letter that the head of department, Mathews Mohlasedi, wrote to the then

Director-General of Mpumalanga province, Jacob Rabodila, he gives an account of how Khumalo’s activities caused the department huge irregular expenditures.

“It appears that Mr Khumalo had been allowed to act unlawfully and irregularly in carrying out functions which fell outside (his) scope of work.

“As a result the department incurred huge irregular, fruitless, unauthorised and wasteful expenditure. This was gross dereliction of duties on the part of Mr Khumalo,” said Mohlasedi.

The departmental investigation also found that while government orders had been issued and invoices paid, there was no evidence of any of the goods that had been delivered.

“It was revealed that no new road signs and materials were bought during 2010/11 and 2011/12 financial years. Employees indicated that reports presented during performance review sessions indicated that more road signs were installed than what was required in terms of the road network,” said Mohlasedi.

Mohlasedi’s letter also reveals that the last time gabion stones, crush stones and culverts were delivered was in 2009/2010 when another employee was still in charge.

In one of the bizarre incidents linked to Khumalo, it emerged that he erected wrong road signs on some roads in Barberton when the department instituted an investigation against him.

“An inspections in-loco revealed that wrong signs were installed on various roads by Mr Khumalo for example, V-shape (sic) W2002 were delivered but would not be used because these types of road signs can only be used by municipalities.”

The departmental investigation also discovered that Khumalo purchased four properties in cash in and around Barberton between 2011 and 2012. In some of the instances he bought out the previous owners of vacant stands where he constructed huge mansions.

Mohlasedi gave an undertaking to Rabodila that the department would institute criminal charges against Khumalo with the Directorate for Priority Crime Investigation (Hawks).

“The department (would) report (the) fraud and corruption implicating Mr Khumalo to the competent institutions such as the Hawks or Special Investigation Unit (SIU) in order to establish where Mr Khumalo received funds to buy such properties,” says Mohlasedi’s letter.

The department of PWRT refuses to answer whether it reported the matter to the police or not.

“The … issues … are irrelevant as they were not part of Mr Khumalos (sic) charges,” said Dumisani Malamule, the department’s spokesperson.