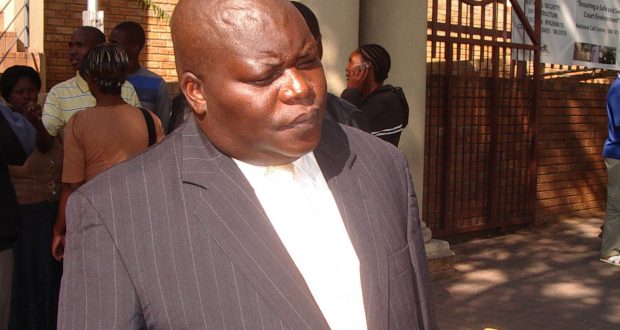 James Nkambule outside court following his arrest for defeating the ends of justice.