Don't Miss
Home / Opinion / What about the state of the economy? 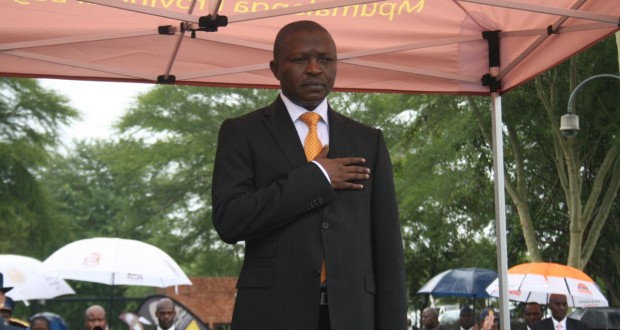 The state of the province has failed to assist break the elements of the soon-to-follow Budget speeches.

What about the state of the economy?

The Premier’s state of the Province Address has wholesomely been criticized by the opposition parties and independent political commentators for being among other “offences”: shallow and making old promises that are tired.
Ziwaphi understates the philosophy that underpinned the speech. The Premier had to articulate a strong commitment on the Five priorities of government prioritized until 2014. These priorities by their design are deeply entrenched as tenets to advance the developmental state ideals.
If one looks at the Premier’s speech in the light of the State of Nation address and more importantly the Budget Speech by Pravin Ghordan one begins to see a clear pattern of a drive by the government to move our economy towards welfarism.
He drew large cheers wherever he announced a milestone on education which clearly, judging by the substantial increase in its budget one would be excused to think that Education is priority number one in the big scheme of things.
The speech also announced exciting milestones on the issue of Comprehensive Rural Development Programme for poor beneficiary communities across the province. The problem with the Premier’s speech was to assume that his audience including the opposition political parties understood the CDRP but judging by the unfounded comments the latter are making. It would have been advisable for the Premier to make an effort to distribute information that explains interventionist programmes designed to advance service delivery, CRDP for instead in a fantastic programme that targets the poor communities and design with each community project to uplift the standard of living.
The programme is done in partnership with the Ministry of Rural Development and Land Administration, State enterprises and private sector. This is phenomenon based in the esprit de corps prevalent within the members of the PPP arrangement. The results which we highlighted in the speech are just as important as the process and methodology followed in making the programme a success.
One observation in keeping with the equitable shares of government functional areas is that the state is steadily moving towards a welfare state. In Mpumalanga alone over a million of a population of 3 million is already receiving one or the other from of social grant. Many people have questioned this practice citing as reasons the dwindling tax base (numbers of active contributors to the income tax) and a growing number of welfare beneficiaries.
The speech was silent on mainstream economic development strategies, plans and projects except for a few projects extracted from the Economic Summit Resolutions of 2009. One would be forgiven for suspecting that the State of the Province address did not enjoy any support during the preparatory phases from the line function departments. This is backed up by clear silent on many line function priorities including the flagship programmes which were decentralized from the Premier’s office to the Department of Economic Development, Environment and Tourism.
One senior member of government confided, “there was nothing happening in that department, that’s why the MEC had to get rid of that HOD, whose preoccupation was suspending his senior managers and awarding himself a Rolls Royce (R140 000 worth) bursary.”
The lack of pointers on what the line function departments would have as priority areas form the State of the Province Address puts a huge burden on the MECs responsible for these portfolios.
Usually the State of the Province Address is used as a barometre to measure or even anticipate what the Budget Speeches of Departments would emphasize. But as things stand, the state of the province except in few incidents where it has highlighted a project or two has failed whether by design of unwittingly to assist break the elements of the soon-to-follow Budget speeches.
The Premier while having mentioned that he is tired of watching our province lampooned and made a laughing stock, he chose not to use this opportunity to address the issue of a hit list and counter accusation in the media about fellow ANC members orchestrating the violent uprisings that have be-dogged our municipalities in recent times.
His silence alone, however, is not enough. Any leader who is worth his salt must also have the courage to reprimand those who have helped him ascend the throne, when they engage in activities that are putting his name to shame.
It’s only a matter of time before he soon discovers that the “pull him down syndrome” is actually closer to home than it is to Luthuli House.