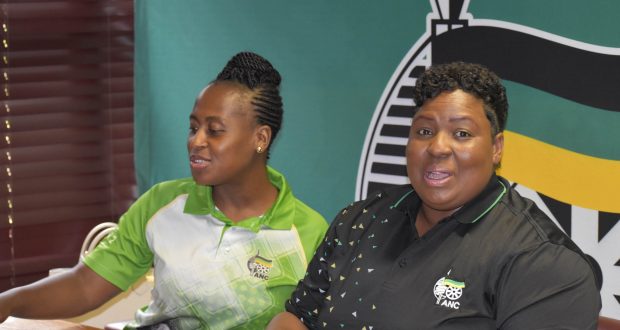 It will be a matter of having his cake and eating it for ANC provincial secretary, Mandla Ndlovu, when the organisation holds its provincial general council next month to fill vacancies that resulted from the election of three leaders into the National Executive Committee.

ANC spokesperson, Sasekani Manzini and the acting provincial secretary, Lindiwe Ntslalintshali said that the ANC constitution permits Ndlovu to contest for another position, and if he loses he can go back to his old position.

“If comrade Mandla (Ndlovu), which is his right in terms of the constitution, (decides) to be available for the position of the chairperson, if he is elected as the chairperson, there will be a vacancy of the provincial secretary, and PGC must replace that vacancy in that PGC,” said Manzini.

Ndlovu was appointed as the acting provincial chairperson after David Mabuza was elected as the ANC deputy president at the organisation’s 54th National Conference in Soweto in December last year.

She said that the ANC constitution does not require Ndlovu to resign his current position, if he wants to contest for the position of provincial chairperson.

“Coming to the issue of the ground being level and having the advantage to fall back, we are saying the constitution does not say or dictate to him to resign, but it says anybody can contest this vacant position.

“Even if I want to contest, I can do so, because the constitution does not say when you are holding this office, you can’t contest there. So, when we are saying to him don’t contest, we are violating his right to contest. The (constitution) is not saying, resign from the current position, but it says when there’s a vacancy, any person who qualifies in terms of his standing can contest that position. Let’s not say he has an advantageous side,” Ntshalintshali said.

This is in stark contrast to those who are also campaigning to fill the three vacancies created by the election of Mabuza, Violet Siwela (former deputy chairperson) and Reginah Mhaule (former additional member) into the organisation’s national executive committee.

Those who have already shown interest in the contest, remarked that it would be improper for Ndlovu to contest, and if he loses, revert back to the position of provincial secretary.

David Dube’s election campaign manager, Musi Skhosana, said that it would be irregular for Ndlovu to accept nomination, but still keep the position of provincial secretary and revert back to it if he loses the chairpersonship race.

One of the co-managers for Fish Mahlalela’s election campaign, Senzeni Ngubeni said campaign leaders have submitted a formal enquiry to the ANC requesting clarity on Ndlovu’s nomination, but the ANC has failed to respond.

“We are currently in the dark, because there are no clear answers from the ANC, whether the current secretary is contesting or has declared his availability for the position of provincial chairperson. We are not sure. The PEC is not coming up to give us clear answers,” said Ngubeni.

He also said that it would be incorrect for Ndlovu to think he can contest one position while reserving himself another position and relinquish it only when he has contested successfully.

“The constitution of the ANC doesn’t say there is a position which is specifically secured for any comrade, that when you contest and lose, then you automatically (remain in your current position). If that were the case, then when comrade Kgalema Motlante was contesting Zuma in Mangaung and failed, why didn’t he automatically go back to the position of deputy president?” Asked Ngubane.

Peter Nyoni’s campaign commissar, Jealous Nyalunga, said if Ndlovu wanted to contest for the position of provincial chairperson, he must resign immediately, and not be allowed to manage the election processes as he is conflicted.

“If Mandla is going to contest the position of the provincial chairperson, he must resign. This PGC is going to concentrate on filling two positions in the Top Five, which are the chairperson and the deputy chairperson (and one additional member). So, if Mandla is saying he is available to contest, the constitution allows him to do so, however, he must resign, as secretary and he must do that now. He cannot resign at the PGC. He cannot be a player and a referee. He is going to be running credentials and all processes of the PGC where he’s got a direct interest, therefore he cannot say ‘if I don’t win, then I go back to my initial position’,” said Nyalunga

The PGC will be held in on 7 and 8 April this year.

They also stipulate that the process of nomination starts with the branch general meetings in which ANC members in good standing will nominate candidates for the PEC.

But Clause 12.2(e) contradicts 12.2(c) in that it stipulates: “The PGC will have the right to review, ratify, confirm, alter or rescind any decision taken by any provincial structure.”

This is what is seen as the clause that would be used to manipulate conference processes.

The same strategy was used to help former ANC provincial chairperson, David Mabuza to get a second term in 2012 without being contested. The provincial conference changed the nomination guidelines which had been released prior to the sitting, and resolved that the nominations be done openly at the conference venue.

Clifford Mkasi, who had received the required number of nominations from ANC branches failed to reach the threshold which was changed on the day of the conference.

Conference adopted a new threshold and resolved that candidates be nominated by a show of hands. Mkasi’s supporters did not raise their hands for fear of victimisation, leaving Mabuza and his slate to be elected unopposed.

Mabuza publicly confessed last year that he was leading the ANC along factional lines, since 2007.

The same strategy was used during the regional conference in Ehlanzeni, when guidelines stipulated that contestants needed a threshold of five branches to qualify for nomination.

The regional conference, however, nullified all the branch nominations and nominations were done on the conference floor through a show of hands.

One of the victims of the scam was Ndinisa Maviyo, who had received 7 nominations, two more than the threshold. He was sure to receive more votes through a secret ballot.

After nominations were called from the floor he did not make it, as his supporters feared the repercussions of openly raising their hands.

Ngrayi Ngwenya was elected unopposed as a result.

“If these people are capable of contravening the democratic procedures of the ANC, what else are they capable of? Conflict in Africa started small; like stealing party elections, corruption and patronage. One day they will steal our general elections and lead us to a bloody conflict,” said Maviyo Ndinisa at the time.