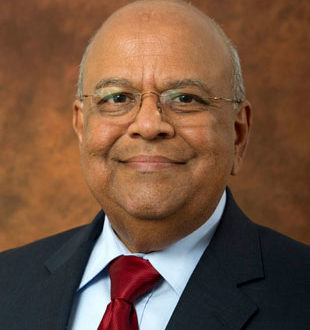 Charges against Gordhan are a swing and miss

On 11 October 2016, the National Prosecuting Authority issued a summons and formally charged Oupa Magashula, Ivan Pillay and Pravin Gordhan with a number of offences. Surprisingly, there was no mention of the South African Revenue Service (Sars) ‘Rogue Unit’ which was the initial target of the Hawks investigation and the reason Gordhan was questioned. In fact, all four counts on the charge sheet relate to the ancillary issue of the early retirement and reappointment of Ivan Pillay as Deputy Commissioner of Sars.

In the letter of 21 August 2016, Major General Ledwaba advised Gordhan that the Hawks investigation had been completed and requested that Gordhan answer the allegations outlined in the letter. While a portion of the letter dealt with the Sars ‘rogue unit’, the letter also listed Gordhan’s decision to approve Pillay’s early retirement with effect from 1 August 2016 and have Sars pay the early retirement penalty in the amount of R1,255,359.99. Ledwaba also mentioned Gordhan’s approval for Pillay to be reappointed or retained in his capacity as Deputy Commissioner of Sars for a period of three years from 1 August 2016.

The letter concluded by advising Gordhan that these actions constituted a contravention of sections of the Public Finance Management Act (PFMA) though these sections were not applicable to Sars. The letter also stated that Gordhan’s conduct constituted corruption.

The charges now annexed to the summons do not include any corruption ones. No charges of contravening the PFMA have been brought against Gordhan either, though these charges could change in the future.

Magashula, Pillay and Gordhan have all been charged on the first count of fraud which is in respect of the request, recommendation and approval for Sars to pay the early retirement penalty – to the amount of R1 141 178.11 – owing to the Government Employees Pension Fund (GEPF) as a result of Pillay’s early retirement.

To begin with, the offence of fraud has four elements: 1) a misrepresentation, 2) potential or actual prejudice, 3) unlawfulness and 4) an intent to defraud.

However, this is incorrect.

The GEPF was established and is governed by the Government Employees Pension Law, 1996 and Fund Rules which make no mention of any penalties payable upon early retirement.

Section 16(6)(a): “An executive authority may, at the request of an employee, allow him or her to retire from the public service before reaching the age of 60 years … if sufficient reason exists for the retirement” and;

In addition to proving that Magashula, Pillay and Gordhan made a misrepresentation, the prosecution will also have to prove – beyond a reasonable doubt – that Magashula, Pillay and Gordhan had an intention to defraud Sars and/or any of the people named in the charge sheet. This is a high bar in itself but is raised even higher in light of the prevalence of the practice.

In Gordhan’s statement of 23 August 2016 he states that Magashula requested that Gordhan approve Pillay’s early retirement and reappointment. He goes on, “I understood that Mr Magashula had established from enquires made with the Department of Public Service and Administration, that the terms of Mr Pillay’s early retirement were lawful and not unusual. I approved Mr Magashula’s request because I believed it to be entirely above board … ”

From the above, it is clear that Gordhan not only believed his decision to be lawful but was also under the impression that Magashula had taken steps to ascertain the lawfulness of the arrangement. While the statement was not made under oath, and cannot describe the intentions of Pillay and Magashula, there is no doubt that all three men are in a position to refute allegations that they had fraudulent intent.

In addition to count one, Magashula and Pillay have been charged with fraud, under count three, for inducing Sars to enter into an employment contract for five years instead of three. Under count 4, Pillay and Gordhan are also charged with fraud, which induced Sars to enter into a four year employment contract. At this stage, there is not enough known about these charges to assess whether they are baseless but the inconsistencies between the time periods listed in the charge sheet and Gordhan’s statement that Pillay was re-hired for three years give reason for scepticism.

While the Hawks initially stated that Gordhan was being charged with contravening the PFMA, the charge sheet actually lists only Pillay and Magashula in this count. Pillay and Magashula are charged with contravening section 86 of the PFMA, read with sections 1, 38, 39 and 45. As with the accusations initially levelled at Gordhan, these sections do not apply to Sars.

Section 86 makes contravening sections 38 and 39 a criminal offence but not 45. As a consequence, Pillay and Magashula would need to have contravened sections 38 or 39 of the PFMA in order to be convicted of an offence. While the content of section 38 relates to wasteful expenditure, both sections 38 and 39 only apply to “accounting officers”.

Accounting officers are defined in the PFMA as appointments made in departments, constitutional institutions or trade entities. Since Sars is listed as an ‘Other Public Entity’, neither Pillay nor Magashula can be considered ‘accounting officers’ for purposes of the PFMA and as a result, cannot commit the offence of contravening sections 38 or 39.

While much remains unknown about the evidence obtained in the Hawks investigation, until the police docket is made available, it is hard to see how – on the law at least – Gordhan, Pillay and Magashula can be convicted.