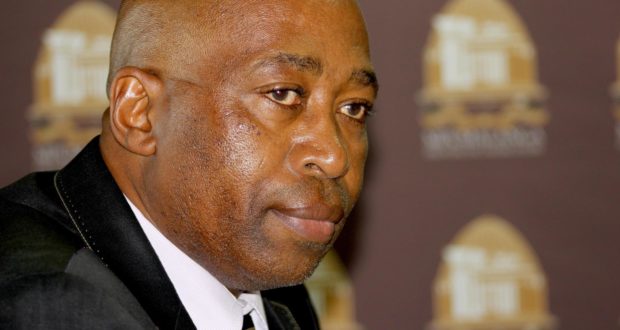 Newly appointed MEC for Human Settlements, Speed Mashilo (left) says that Reconstruction and Development Programme (RDP) houses have been given to the wrong people and that this must stop. He vowed to stop the illegal awarding of RDP houses to people who did not deserve them.

Mashilo was addressing the department’s senior managers during his welcome speech following a recent cabinet reshuffle last Friday to map out a new way to expedite service delivery. His comments address longstanding and urgent concerns about the quality and allocation of RDP houses in the province.

“Houses have been built but given to wrong beneficiaries. Such negligence cannot be tolerated; I need to know all those contractors who do not have capacity to deliver. We do not develop contractors; we deliver houses and infrastructure to our people, contractors do not deliver houses, but we do. Their interest is in making profit,” said Mashilo.

Mashilo vowed to improve service delivery to communities. He emphasised that an equitable spread of opportunities among contractors was necessary to avoid shoddy workmanship. He also said that human settlement is the key to service delivery, and that while he was still at the local government level he was at the receiving end of these houses.

After giving up his position as mayor Mashilo has served in various committees. He replaces former MEC Violet Siwela who has been redeployed as Deputy Speaker in the Provincial Legislature. Siwela held the human settlements portfolio for two years.