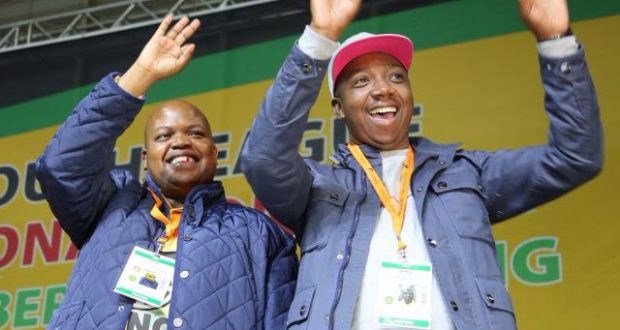 Julius Malema is a dying man, says African National Congress Youth League (ANCYL) Deputy President Desmond Moela.
Moela, who was addressing more than 500 young people who attended his political lecture recently.
The event was held in Masoyi near Hazyview, said being expelled from the ANC was the cause of Malema’s “sickness.”
“When you are outside the ANC, it is cold. Each and every day, Julius dying inside. Even when he is walking, you can see [that] this man is sick. He is sick because it is not the same [as when he was] still in the ANC,” said Moela.
The firebrand, who is also provincial ANC chairperson, said members of Malema’s Economic Freedom Fighters (EFF) learned how to dress when they were still in the ANC.
“These people who are called fighters or whatever names, they are the people who were part of the ANC. Some of them we have tried to teach them how to dress, but today they think they are better than the ANC. It cannot be correct because we are the ones who liberated them; they are able today to have girlfriends and boyfriends because of the ANC. We must help them because if it was not for the ANC, they would not able to go and propose sisters as they were unable to talk until we recruited them and they became members of the ANC,” said Moela.
Moela added that some of the parties take advantage of vulnerable people.
“Young people are vulnerable. We are vulnerable. I understand why we are so vulnerable. We are because we do not have money and if people come with money, we will take that money, but we need to be careful. In the ANC we were allowing him (Malema) to do everything. When we started condemning him to say, ‘You have stolen too much, wait, come back, come over this side,’ he wants to be arrogant. We do not need such leaders in the ANC. Once you become arrogant, it means that you are no longer a member of the ANC,” he said.
EFF spokesperson Mbuyiseni Ndlozi said the party would not respond to Moela’s remarks.
“They have to first rise to the basics and start thinking seriously,” said Ndlozi.
It is not the first time Moela has accused political leaders of being “sick.”
In September last year, Moela drew stern criticism from the country’s leading HIV/Aids support NGO Treatment Action Campaign (TAC).
It was after he called for the party’s coughing leaders to be tested for HIV.