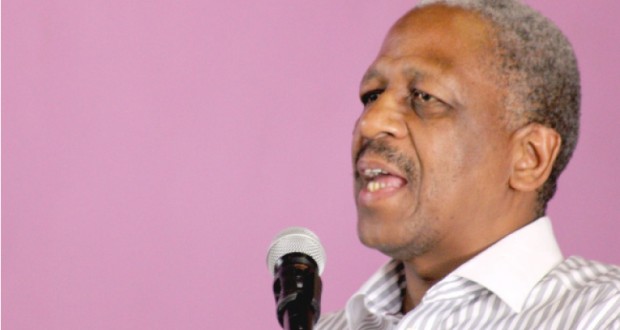 ON THE OFFENSIVE : Former premier and ANC’s treasurer .

In a dramatic turn of events, former Mpumalanga premier and ANC treasurer-general, Mathews Phosa has reinstated all the criminal charges that he had previously suspended against his former butler, Jan Venter.

“I have opened a case of crimen injuria against Jan Venter. I am also reinstating all the criminal charges which I had suspended,” said Phosa on Tuesday.

The criminal defamation case stems from an affidavit that Venter signed in which he states that Phosa had authored the report which alleges that Mpumalanga premier was an apartheid era informer.

“Mr Eliot (sic) came to visit Mr Phosa at his house as usual and whilst the two were meeting, Mr Phosa asked me to fetch him blank papers, but before he actually called me he indicated to Mr Elliot that he will draft a report and sent (sic) it to Luthuli House (ANC Head Office in Johannesburg) to prove that the premier of Mpumalanga, Mr DD Mabuza is indeed a spy,” said Venter in a his affidavit.

Mabuza has previously denied the allegations during a press conference and accused Phosa of being the author of the report, which alleges that Mabuza was agent PN485, and that he sold out ANC leaders in Swaziland as well as local activists.

In response to Venter’s affidavit, Phosa opened a criminal defamation case against Venter at the White River police station.

“I submit that… Mr Jan Venter has… committed crimes of perjury and criminal defamation against me and hereby insulting and defaming my good name and reputation,” said Phosa in his affidavit.

Mpumalanga South African Police Servicesspokesperson, Brigadier Selvy Mohlala, confirmed that the case had been opened at the White River police station, but it was later assigned to an investigating officer in Gauteng, whom he described as “neutral”.

“The investigation has been finalised and docket forwarded to the Director of Public Prosecution for a decision,” said Mohlala in response to a media enquiry.

In November last year, Venter briefly reconciled with Phosa and they addressed a media conference together in which Venter produced documents to prove that he had been receiving money from Mabuza’s lawyer, Ian Small-Smith in return for testifying against Phosa.

The brief ceasefire between Phosa and Venter however came to an end when weekend newspapers reported that Venter had, once again, switched his allegiances to Mabuza.

Venter, however, declined to comment on the weekend media reports, but and instead said that his mother had accessed information from his cellphone, without his knowledge, and approached the media to spill the beans about his relationship with Phosa.

“(It) is true (that) my (mum) spoke to the media. It clearly stated in the articles that I refused to comment,” he said in an SMS.

Phosa also disclosed that he had reinstated all the criminal cases against Venter which include one count of fraud and four counts of theft after Venter allegedly defrauded and stole about R53 000 from Phosa in 2014.

Last year Phosa won a civil case against Venter, and the latter was ordered to repay almost R60 000 to Phosa.

“He must start paying from the end of February (2016). So far he has paid no cent. If he defaults I will have no option but to sequestrate him,” said Phosa.

The National Prosecution Authority was not available for comment at the time of going to press.