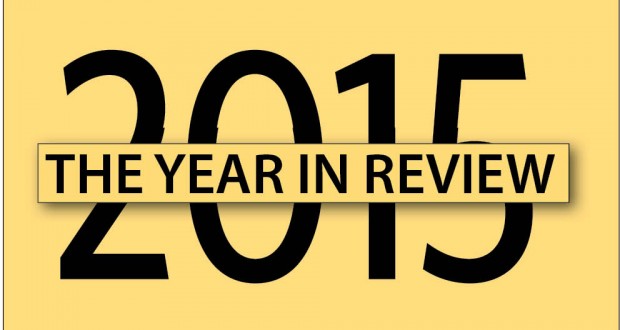 The Year In Review

Mpumalanga’s political scene was as frenzy as always. We have, however, selected some of the issues which kept the people of the province talking.

79% Matric Pass: The year started on a positive note, with Mpumalanga obtained its highest ever matric pass rate, 79%.

Madri Wiid from Hoërskool Nelspruit, an exclusively Afrikaans medium school, walked away with a Toyota  Etios prize, after being crowned the province’s best matric student for the year 2014.

ANC members launch violent attack on SACP: The second part of the month of January, an unprecedented violent attack by ANC members on an SACP Joe Slovo and Jimmy Mohlala Memorial Lecture at Kanyamazane community hall on the 25th January.

ANC forces the SACP to cancel another memorial lecture: SACP is forced to cancel the Joe Slovo and Jimmy Mohlala Memorial lecture, after the ANC also claims it has its own, unspecified, event on the same day, while there was no such an event.

Ex-butler ordered to pay Phosa: The man who accused Mathews Phosa of authoring a report purporting to expose Mpumalanga premier of being an apartheid-era spy, is ordered by the court to pay money he stole from Phosa.

DA elects new and black leaders: The Democratic Alliance elects James Masango as its provincial leader and Jane Sithole as its chairwoman. This was after Antony Benadie had vacated his position. He later lost in a contest

HOD, DG mum over security clearance: Ziwaphi publishes a story that the HOD for provincial treasury Nombedesho Nkamba and the provincial director-general, Dr Nonhlanhla Mkhize dodge questions whether Nkamba has a security clearance as required for people in senior management positions.

Disaffected ANC members launch campaign to save the ANC: Disaffected members of the ruling ANC launch the Save the ANC in Mpumalanga campaign against irregularities and fraud during ANC conferences.

Bank silent over ANC fraud scandal: Ziwaphi exposes possible fraud in ANC membership in Nkangala region. Both ANC and the First National Bank fail to act against the alleged perpetrators.

Speaker withdraws prostitute remarks: Legislature speaker, Thandi Shongwe, is forced to apologise for saying  opposition party member of the legislature,  Jane Sithole, was wearing a “prostitute dress” as it was exposing her shoulders.

SACP suspends provincial chairperson: SACP suspends Kholwane, accusing him of not adhering to party principles after he allegedly spoke ill of the SACP at the ANC’s provincial general council.

EFF MPL resigns: EFF MPL, Ayanda Tshabalala quits the party amid sexual harassment claims. This was shortly after other senior members of the organisation, such as founder member,  Mpho Ramakatsa, were expelled.

EFF commander-in-chief, Julius Malema and his central command team invade Mpumalanga and hold a rally at Masoyi village, after a series of “listening mini rallies” in Mbombela townships.

SACP threatens not to campaign for “ANC criminals”: SACP says it won’t campaign for ANC criminals in response to the ANC’s failure to attack to take action against ANC members who used violence to stop its Joe Slovo and Jimmy Mohlala memorial lecture at Kanyamazane on 25 January.

Ex-EFF MPL denies she received tender to recruit for ANC: Former Economic Freedom Fighter (EFF) Chief Whip in the Mpumalanga legislature Ayanda Shabalala denies allegations that she was promised a R40 million contract to bring more than 1 000 EFF members to the ANC.

March on the ANC by the ANC: About 3000 ANC members marched on the organisation’s provincial headquarters, January “Che” Masilela House to demand the dissolution of ANC structures in the province.

ANCYL chairperson in court for murder: The chairperson of the ANCYL in the Ehlanzeni region, Bheki Lubisi (28), appears in court in connection with murder along with four community members at Driekoppies village near Malalane.

ANC PEC member suspended: The ANC suspends its member of the provincial executive committee (PEC) Peter Nyoni following allegations that he was planning a factional march against the governing party.

David Dube’s name appears as possibleLists of candidates for ANC PEC start emerging and David Dube is pitted against David Mabuza. ANC officials enter into a pact that they would not contest each other.

Premier league emerges: The media announces the emergence of a structure called, the premier league, formed of premier of Mpumalanga, Free State and North West provinces.

Department denies post was lowered to suit ANCYL DP: Mpumalanga education authorities denied that the requirements of a director’s post in the Department of Education were lowered to suit newly elected deputy president of the ANC Youth League (ANCYL), Desmond Moela.

Mabuza’s lawyer exposed for paying witness to implicate Phosa: Ziwaphi reveals that Mabuza’s lawyer was paying cash to Mabuza’s witness allegedly to implicate Mathews Phosa as the author of a secret report that implicates Mabuza as an apartheid-era spy. Mabuza is suing Phosa for R10 million for the allegations.

Minister, officials clash on fixing potholes: As Zuma visits Mpumalanga, government officials started fixing potholes to fool the president, but before that it was little children who fixed the potholes at a fee.

Premier returns from two-months sick leave: Mabuza returns from a sick bed, calling himself a Cat. His return marked the assumption of the case  against ANC PEC member, Peter Nyoni. He is expelled from the ANC through social media.