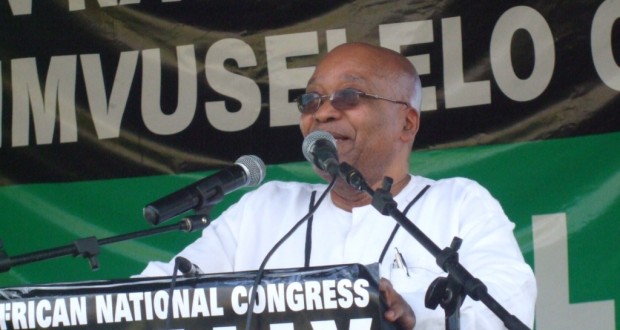 President Jacob Zuma  has given his ministers until February to address challenges raised by residents of Bushbuckridge, Mpumalanga.

Zuma, cabinet ministers and the provincial executive visited the area on Friday as part of the Presidential  Siyahlola Monitoring Programme.

This is after the community had appealed to government for help because of disastrously poor service delivery.

Zuma says at least 70% of the community has no bulk water supply, 60% are without tap water, 75% are without yard water connection and most still rely on water from boreholes.

“Because of the drought we know there are more issues,” he said.

Residents further complained that officials took too long to process social grant applications, that foster care grants are abused, and there’s a lack of officials who can speak sign language.

They asked for food parcels and shelters at paypoints so that people don’t have to queue in the sun or rain to collect grants.

Zuma noted concerns over badly potholed and congested roads, especially along the R40 from Hazyview.

“I have seen that road too,” said Zuma.

He was also aware of contractors who failed to complete housing projects.

He learnt that at Marite satellite police station, officers do not have cars and are afraid to go out at night.

They don’t have phones, some lights don’t work, the photo-copying machines and doors are broken, as are the toilets. The public toilets don’t have a roof.

As part of the visit, Zuma inspected the Nyaka dam and officially launched the tap water supply in the Blakfes community.

“Our children are dying on these roads….Our children cannot go to school when there is rain,” said Moriri.

Zuma also handed over a fully furnished house and water tank to the Mnisi family.

Thato Mnisi, 27, who looks after her siblings, said she used to walk far to fetch water for them.

2015-12-02
Mandla Khoza
Previous: The Cat that came from a sick bed to declare war
Next: ANCYL regional secretary gets bail for shooting EFF member