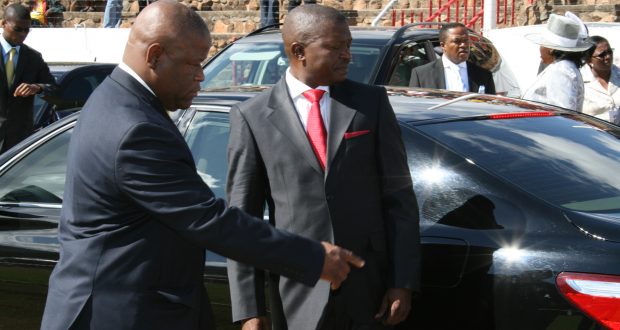 After months of official denials, Barberton police confirmed this week that a case relating to R4-million that went missing from a farm owned by David Mabuza, the Mpumalanga premier, has been opened. But the provincial organised crime unit insisted that the case in question involved the theft of only R1 200.

“Yes, the case about a break-in and theft was opened by Captain Khoza and it was referred to our organised crime unit for investigation because it is a high-profile case,” said Nyundu.

Colonel Joos Joubert, the organised crime unit commander in Barberton, refused to answer questions, but asked why there was interest in the case “after such a long time. Your questions are tantamount to interrogation,” Joubert said.

But he confirmed that when he joined the Barberton police four months ago he found that the docket in question had been taken over by the provincial organised crime unit and was not at the station.

Captain Leonard Hlathi, the unit’s spokesperson, denied that the case involved the theft of R4-million.

“I can confirm that case number 237/12/2009 was opened at the Barberton police station, but it had nothing to do with R4-million, but with about R1 200 that was reported stolen from the premier’s farm,” he said on Wednesday.

Hlathi also denied knowledge of any “Captain Khoza” reporting the case. “I wonder if this guy [Khoza] is a police captain or a miner somewhere,” he said.

Khoza was head of security in the premier’s office and has been replaced by Welcome Nkuna. Attempts this week to reach Khoza for comment failed.

Mbovula Security Services, the company responsible for security when the money went missing from the premier’s farm, was sacked and replaced by the South African Police Service on the instruction of Sibongile Manana, the former provincial minister of safety, security and liaison.

Joseph Mabuza, Manana’s spokesperson, said Mbovula was sacked because “the guards were found to be sleeping on duty”.

The Sunday Times reported in March this year that the stolen money in fact amounted to R14-million in cash and Sunday Times journalist Mzilikazi wa Afrika told the Mail & Guardian that he had personally interviewed Khoza.

“He told me that he could not open a case about a missing R14-million because it would have raised eyebrows that the premier kept such a large amount of money at a residential property. So, instead, he reported a missing R4-million,” said Wa Afrika.

“Do you think the premier or his security guards would open a case if only R1 200 was stolen? I doubt it.” Both Mabutho Sithole, the premier’s spokesperson, and Noah Dlamini, the managing director of Mbovula Security Services, issued statements denying any security breach at the premier’s house and that cash was stolen.

“Can you honestly think that the premier has a safe big enough to keep such an amount?” asked Sithole. Dlamini said: “Nobody called me about R14-million and its disappearance from the premier’s house.”