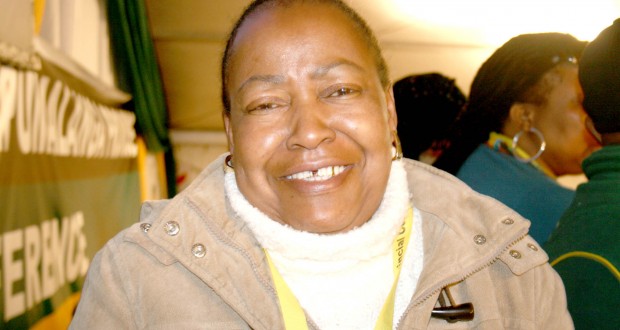 A major shakeup in a Mpumalanga municipality has seen its mayor and ten of its councillors being axed by the African National Congress (ANC).

On Tuesday night, executive mayor of the Thaba Chweu municipality in Mashishing (formerly Lydenburg), Clara Ndlovu, and the councillors were told about the decision made by the party’s provincial working committee (PWC).

Ndinisa said, however, that Ndlovu had only been removed “to restore order in the municipality” following violent service delivery protests.

“Ndlovu was removed only to relieve her from the undue and unnecessary pressures that the community put on her shoulders and because we wanted order to be restored. The ANC could no longer stand back and watch chaos erupt at the municipality,” said Ndinisa.

Ndinisa said Ndlovu had already been suspended in July to make way for an investigation into allegations of financial irregularities raised by the community.

He said she was on a three-month suspension, which would have lapsed in October.

Ndinisa denied that the PWC was acting on instructions from the national ANC office at Luthuli House, saying the PWC had the power to suspend and remove its own political deployees.

Ndinisa also said the ten councillors who were recalled were also suspended as ANC members because they passed a motion to recall Ndlovu during a council meeting held at the municipality on Thursday last week, even though they had been warned by the PEC not to.

“As we speak there is no mayor at the municipality. In the next seven days we will elect a new mayor and hold by-elections, as six of the ten councillors were ward councillors,” said Ndinisa.

While Ndlovu is unpopular with the community that she leads, she is still part of ANC’s Provincial Executive Committee  which is chaired by Premier David Mabuza. She was one of the councillors who were deployed by Mabuza when he was chairperson of the ANC’s Deployment Committee.

ANC provincial spokesperson, Paul Mbenyane, denied rumours that Ndlovu had been tipped for a top position in provincial government.

“The African National Congress doesn’t owe anyone any position. People are deployed wherever the provincial executive feels they should be deployed,” said Mbenyane.

“Honestly, this is the first time I’ve heard about this,” said Kunene.

2009-09-11
Tshwarelo eseng Mogakane
Previous: The importance of the month of July
Next: ANC threatens to fire councillors unless 2010 kingpin reinstated