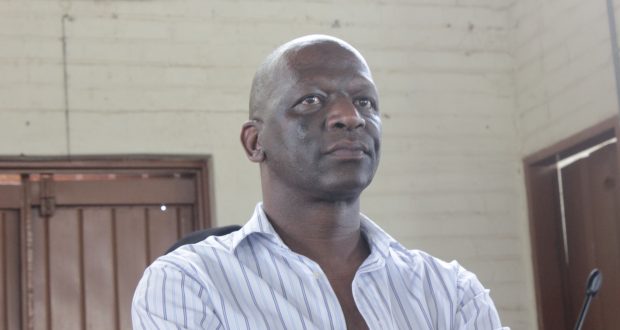 Peter Nyoni - one of the contenders for the ANC provincial chairperson position.

Mpumalanga ANC chairperson candidate, Peter Nyoni believes there’s a hit against him by fellow ANC comrades who hate the fact that he’s vying the chairperson position.

Nyoni who sometimes hires body guards when addressing his supporters, says he sensed that there was a threat against him and decided to now and again get himself protection.

Nyoni says the security threat was more evident last week Thursday when he got an SMS from a female ANC member that reads: “chairperson my husband has been paid to kill you by (a) comrade very close to you” reads the SMS which Ziwaphi has seen a copy of.

“I sensed since we started the campaign that there are people who might try to eliminate me. Now and again when addressing masses I try to get protection but I don’t have protection at home and at work.

“The issue of the SMS sent to me, yes it shook me and confirmed that there are people out to take my life.  Though the person who sent the SMS didn’t want to talk and had the number not registered to her name,” said Nyoni.

Nyoni who is head of the department of Co-oporative governance and traditional affairs told Ziwaphi that the protection comes as a donation from people who believe in the “vision to free ANC members in Mpumalanga”.

“Since you know I’m a public savant the protection which is not full time comes from people who believe on the vision to free the people of Mpumalanga from what they are subjected to in a party they love and vote for all the time. That includes being beaten up just for supporting a fellow comrade or some sidelined from accessing employment opportunities,” said Nyoni.

About four ANC members had to be hospitalised in Nkomazi after they were assaulted by fellow ANC members during a Thuma Mina Campaign attended by NEC members of the ANC.

The victims told Ziwaphi that they were beaten and stabbed because they supported Nyoni.

Nyoni’s cars had to their windows smashed by unknown people in 2015 when he led a campaign to stop former chairperson of the ANC and now deputy president David Mabuza from getting a third term.

Nyoni who was then member of the provincial executive committee was suspended from the party after it emerged that he was the one behind the campaign that had thousands of ANC members marching to the ANC provincial head quarters in Mpumalanga.

After reconciling with Mabuza he was then appointed to be the Co-operative governance and traditional affairs as HOD where he now serves.

Nyoni’s faction has taken the ANC to court in a case trying to disband the PEC and both Bohlabelo and Ehlanzeni region.

Members of the ANC told Ziwaphi that they over-heard a well-known regional leader of the ANC at Ehlanzeni region saying “Peter will be killed by people. He can’t take the ANC to court.”

“We heard him outside the court and we now believe they want to kill him and make it as if people just got angry at him and decided to kill him,” said the ANC members who didn’t want to be named.

The case to disband the PEC and the REC of Bohlabelo and Ehlanzeni is going to be heard on December 13 at the high court held at Mbombela.

The assassination of ANC members and whistle blowers in Mpumamanga once reached its peak when more than 10 people who died while trying to either stop corruption or stopping the manipulation of democratic processes in the ANC.

The murders include that of former speaker of Mbombela municipality, Jimmy Mohlala who was gunned down in January 2009 while he was about to give evidence in the corruption surrounding the building of the R1.2 billion Mbombela stadium.

Former spokesman of the department of sports, arts and culture Sammy Mpatlanyane was killed in the month of January 2010 after blowing the whistle on the corruption linked to the appointment of service providers for the Lion of the East play in honour of ANC struggle hero, Gert Sibande.

The killings which we labelled January killings were declared political killings by current minister of police Bheki Cele when he was national commissioner of the police.

Cele summoned 12 “highly trained” investigators to get to the bottom of the killings however when Zuma sacked him as the commissioner of police, the report of the investigation was never made public and the matter was swept under the carpet ever since.

Previous: Nkamba out, Mashiteng in: Kholwane rings the changes
Next: Mpumalanga sends more students to Russia but problems persist 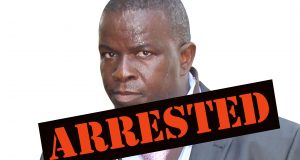