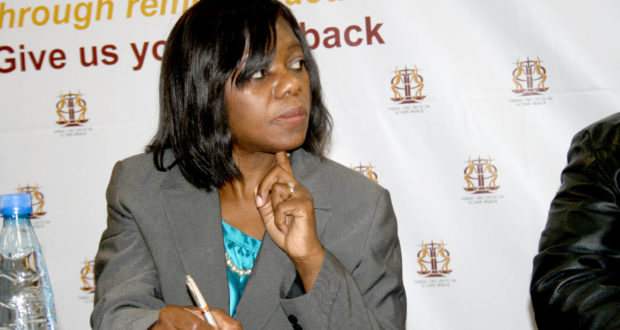 Eskom CEO, Brian Molefe often visited the Gupta home at Saxonwold. This was confirmed by one of the Gupta brothers, Atul, during an interview with former Public Protector, Thuli Madonsela.

According to the State of Capture report which was released last Tuesday, Molefe was a frequent visitor to the Gupta household.

“Eskom CEO, Mr Brian Molefe (“Mr Molefe”) is friends with members of the Gupta family. Mr A. Gupta admitted during my interview with him on 4 October 2016 that Mr Molefe is his “very good friend” and often visits his home in Saxonwold,” reads the report.

This is contrary to the claim by Molefe that the reason for him being in Saxonwold, where the Gupta house is located was because he was going to a shebeen.

The embattled Eskom CEO was challenging the report into the so-called state capture by the influential Gupta family which has a close relationship to president Jacob Zuma and his family.

On the second day of the hearing, Zuma’s lawyer, Anthea Platt, announced that Zuma was withdrawing his application to interdict the release of the report.

Judge Dustan Mlambo ruled that the Public Protector release the report and he also dismissed both Zuma applications with costs.

He also struck van Rooyen’s application off the court roll for lack of urgency, and ordered the Public Protector to release the report by 5 pm on Wednesday.

Molefe, who until now, has been regarded as one of the most celebrated civil servants, but since his retorted the Public Reporter’s report by claiming that there was a sheen that he frequented as Saxonwold, he has become a laughing stock in the social media soon after it emerged that there was no sheen in the area.

The Public Protector’s remedial action calls for the president to establish a commission of inquiry headed by a judge who shall be selected by the Chief Justice within 30 days. It must submit its report to the president within 180 days and the president shall then submit it to the Speaker of parliament.