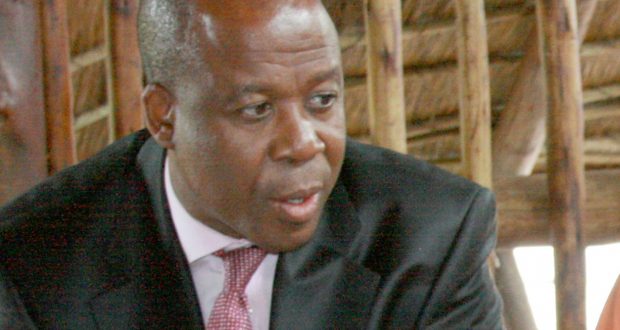 A Mpumalanga HOD accused of irregularly spending more than R350 million will not face disciplinary action in a separate matter involving R4,2 million.

He said former MEC Dr Clifford Mkasi had sought legal advice on how the department should handle the matter after the Standing Committee on Public Accounts (Scopa) recommended that disciplinary action be taken against Mohlasedi for wasteful expenditure amounting to R4,2 million.

“The former MEC…sought a legal opinion from the state attorney on the matter. The legal opinion received concludes that the disciplinary process could not be sustained, therefore MEC Dikeledi Mahlangu considers the matter closed based on the advice,” said Nkambule.

In May, Scopa recommended that action be taken against Mohlasedi after Auditor-General (AG) Terrence Nombembe revealed that Mohlasedi had failed to report the R4,2 million wasteful expenditure incurred in the 2009/2010 financial year.

Nombembe indicated that the taxpayer’s money was wasted on renting a building that was not used.

The AG’s 2010/1011 report found that the department irregularly spent more than R352 million under Mohlasedi’s watch.

“The accounting officer (Mohlasedi) did not take effective and appropriate steps to prevent fruitless and wasteful expenditure,” reads the AG’s report.

The waste was blamed on the contravention of supply chain management legislation.

Nkambule, however, blamed the expenditure on “unavoidable circumstances”.

He said the department had inherited the scholar transport programme from the provincial education department after a cabinet resolution that came into effect in August 2009.

“The department had to continue to provide the service with the assistance of the scholar transport service providers inherited from the department of education,” he explained.

He said that while waiting for the formal bidding process to be finalised, the services of the transport service providers were extended on a month to month basis by way of extension letters.

However, Nombembe’s report remained critical of the department, finding that “the department did not exercise oversight responsibility regarding financial and performance reporting, compliance and related internal controls”.

The report also established that the department didn’t have processes and procedures in place to identify unused buildings that are either being rented or owned by the provincial government.

Meanwhile, Public Protector Advocate Thuli Madonsela has promised to follow-up on the ever escalating scholar transport costs in Mpumalanga.

Madonsela said she would interact with her provincial office on the matter.

Altogether 160 schools were investigated and 45 education officials were implicated in the scam.

Bus operators were also been implicated.

Some bus number plates were falsified and were found to belong to government vehicles or even motorcycles.