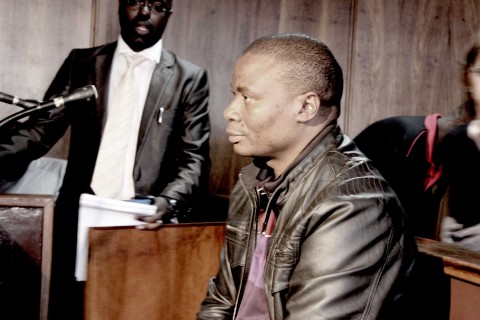 Slain speaker of the Mbombela local municipality Jimmy Mohlala was assassinated a week before he was to testify against suspended municipal manager Jacob Dladla.

Mohlala (44) was scheduled to testify on January 12 about Dladla’s refusal to implement 361 council resolutions, as well as Dladla’s role in alleged maladministration at the municipality’s R1 billion 2010 stadium construction project.

Instead, three gunmen executed him at his KaNyamazane home on January 4, in what Mbombela executive mayor Lassy Chiwayo and other council leaders have described as a professional assassination.

Amongst issues Mohlala was expected to verify at the hearing was Dladla’s failure to declare his private business interests with beneficiaries of the 2010 deal, and his role in questionable expenditure involving the project’s lead project consultant, Lefika Emerging Equity (Pty) Ltd.

This includes a technically irregular progress payment of R43 million to Lefika, without the proper authorisation or approvals.

Mohlala was also, reports indicate, preparing to lodge separate criminal charges against Lefika, which is co-owned by Bobby Motaung, manager of the Kaizer Chiefs football club.

Lefika appears to have sent a letter on a Mbombela letterhead, dated 22 December 2008, to First National Bank in Pretoria as surety for an overdraft facility.

The letter bears the name of acting municipal manager, Sigananda Siboza, but Mohlala and Siboza both claimed the letter is fraudulent.

“The letter is definitely fraudulent. No-one knows anything about it, and Siboza’s office never authorised anyone to sign or issue it. The council will discuss the matter at its next meeting at the end of January, when council will decide what steps to take,” said Mbombela spokesperson Vusi Sibiya.

“It is important to say that there is [no money] outstanding to Lefika.”

Motaung refused to discuss the issue on Thursday, saying that the matter had been handed to the company’s legal department for resolution.

“I said at the weekend that I knew nothing about the letter, and don’t want to say anything more. I don’t want to confuse matters, or create unnecessary conflicts,” said Motaung.

He also refused to comment on an earlier independent audit report by Ngobe Nkosi Attorneys, which slammed Lefika’s failure to declare a conflict of interests when it was appointed by Mpumalanga authorities to adjudicate tenders for the lucrative stadium contract.

Lefika was, the report contends, guilty of both fraud and ‘collusive practises’ because it failed to disclose its commercial relationship with Basil Read and French construction giant Bouygues Travaux Publics stretching back to their partnership in the construction of the Amakhosi Stadium in Krugersdorp in 2006.

Lefika subsequently recommended that the R1 billion construction contract be awarded to a consortium led by Basil Read and Bouygues Travaux Publics.

Provincial African National Congress (ANC) spokesperson Paul Mbenyane meanwhile refused to comment on the party’s efforts to force Mbombela to drop all investigations into Dladla’s handling of the 2010 stadium deals.

Mohlala, who had already run foul of local ANC structures, refused to implement the orders and used his position as council speaker to prevent a formal motion on the matter last November.

Mbenyane also refused to comment on a second meeting, in December, at ANC chairman David “DD” Mabuza’s Nelspruit home at which the issue was discussed again and the party reconfirmed its support for Dladla and its view that Mohlala should resign.

“All I can say is that the ANC does not hold official meetings at people’s private homes,” said Mbenyane.

Dladla was consistently unavailable for comment this week as his mobile rang unanswered. His disciplinary hearing at Mbombela was postponed until further notice on January 12.

Mpumalanga Organised Crime Unit spokesman, Superintendent Malcolm Mokomene, on Thursday dismissed speculation that a new suspect had been arrested, saying that while police are at an advanced stages of their investigation into Mohlala’s murder, they cannot give details for fear of jeopardising the case. Two previous suspects were released when they could not be linked to the murder.

Previous: ANC: In the belly of a beast
Next: Jimmy Mohlala continues his fight from the grave