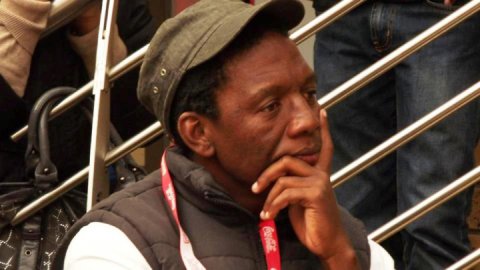 Mpumalanga writer’s play to be showcased in LA

The multiple-award-winning Mpumalanga-born writer Goodenough Mashego has written an award-winning play that will be showcased in California, in the United States of America, in the next two months.

Mashego, from Bushbuckridge, received an invitation to watch his play, The Last Show, at the Odyssey Theatre Ensemble in Los Angeles on April 4 this year.

“Following hot on the heels of South African comedian Trevor Noah’s success in the cut-throat American entertainment industry, a Mpumalanga artist has just had his play selected to be staged in Los Angeles, California in April after winning an International Playwriting competition,” said Smokin’ Gun Media literary agent Mavis Taole on Thursday.

Mashego was part of more than 200 entrants of the Saving Endangered Species Int’l Playwriting Prize. His play was among the 10 winners who were announced last month.

Along with Zimbabwean playwright, Tsungayi Hatitye, Mashego was one of two Africans to win the competition.

Saving Endangered Species Prize executive director Nikki Harmon said the competition was established in 2014 and opened for entrants in October of that same year.

“This is the premier year and our ten winning writers are from South Africa, Zimbabwe, Canada, England, Ireland, New Zealand, and the USA… Tsungayi Hatitye, from Zimbabwe, and Goodenough Mashego, from South Africa, are the two winning African playwrights. By offering an opportunity to perform their work, we hope to encourage writers to write about the many species that are threatened to extinction by poaching each year. We have sent each winning playwright the other writer’s bios with the hope that they will reach out to each other to discuss and share their knowledge,” said Harmon.

“It is important that our audience hear and learn about the poaching crisis from an authentic South African voice. Goodenough Mashego’s play has that voice and we are honoured to have him speak to us through his work.

“It is our belief that if people see endangered species in more plays, films and TV, and read about them in novels, short stories and poetry, that it will bring the crisis to their attention faster, and get people motivated to action,” Harmon said.

Mashego said he was honoured for his play to be chosen among the winners.

“It shows the talent that this country has and that if it is properly nurtured we can become exporters of culture instead of being one of the biggest consumers of foreign culture. All that is needed is for talent from provinces in the periphery to be identified, supported and given an opportunity to grow and be ready for export. We don’t need to export grapes, as I am doing in this instance, when we can sell wine,” said Mashego.

However, the playwright is expected to raise funds in order to travel to Los Angeles.

“He hopes various arts and conversation departments will come to his assistance.

Mashego’s play will be directed an American director and performed by an all-American cast.